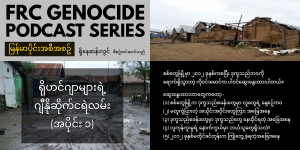 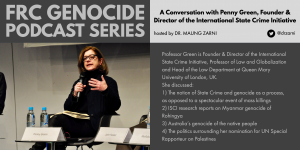 Professor Green is Founder & Director of the International State Crime Initiative, Professor of Law and Globalization and Head of the Law Department at Queen Mary University of London, UK. She discussed:1) The notion of State Crime and genocide as a process, as opposed to a spectacular event of mass killings2) ISCI research reports on Myanmar genocide of Rohingya3) Australia’s genocide of the native people4) The politics surrounding her nomination for UN Special Rapporteur on Palestines 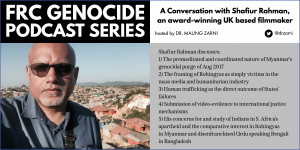 Shafiur Rahman is an award-winning UK based filmmaker. His main interests are refugees, trafficking and labour struggles. He has been working on Rohingya issues for the last three and a half years. Shafiur Rahman discusses: 1) The premeditated and coordinated nature of Myanmar’s genocidal purge of Aug 20172) The framing of Rohingyas as simply victims in the mass media and humanitarian industry3) Human trafficking as the direct outcome of States’ failures4) Submission of video-evidence to international justice mechanisms5) His concerns for and study of Indians in S. Africa’s apartheid and the comparative interest in Rohingyas in Myanmar and disenfranchised Urdu 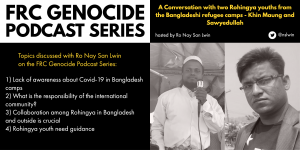 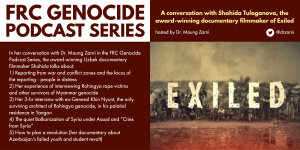 Shahida Tulaganova, producer/director, has more than 20 years of experience in news, current affairs and documentary film with the BBC (UK), Channel 4 (UK), and RFE/RL (Czech Republic). She has produced a number of documentary films, two of which won major prizes. Airport Donetsk, the story of the epic battle for Donetsk Airport in Eastern Ukraine, won Best Documentary at Artdocfest, 2015. How to Plan A Revolution, which followed the fight of young opposition leaders in Azerbaijan against an autocratic regime, won the Prix Europa for best current affairs television program in 2006. Her latest film Cries From Syria, which 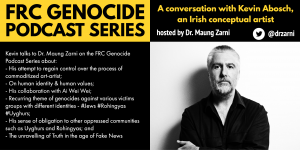 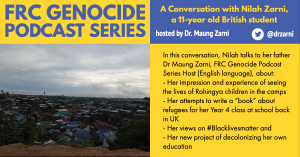 Nilah Zarni is a 11-year old British student who has taken a keen interest in refugee children since her first-ever visit in November 2017 to Cox’s Bazar refugee camps, home to 750,000 Rohingyas from her father’s native country of Myanmar or Burma, who survived that country’s waves of genocidal purge. She has lived in Brunei, Malaysia and Thailand, in addition to her native Britain. In this conversation, Nilah talks to her father Dr Maung Zarni, FRC Genocide Podcast Series Host (English language), about: Her impression and experience of seeing the lives of Rohingya children in the campsHer attempts to write 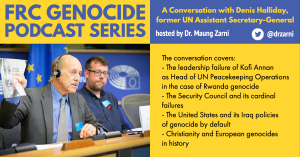 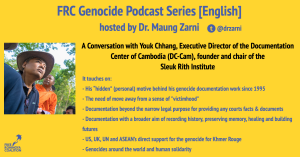 The conversation (in English) on FRC Genocide Podcast Series with Youk Chhang, Executive Director of the Documentation Center of Cambodia (DC-Cam), founder and chair of the Sleuk Rith Institute and a survivor of the Khmer Rouge’s “killing fields”. It touches on: – His “hidden” (personal) motive behind his genocide documentation work since 1995 – The need of move away from a sense of “victimhood” – Documentation beyond the narrow legal purpose for providing any courts facts & documents – Documentation with a broader aim of recording history, preserving memory, healing and building futures – US, UK, UN and ASEAN’s direct 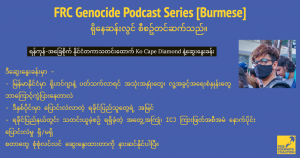