Skip to content
Home > Podcast > English > A conversation with Tomás Quintana, UN SR on the situation of human rights in N. Korea 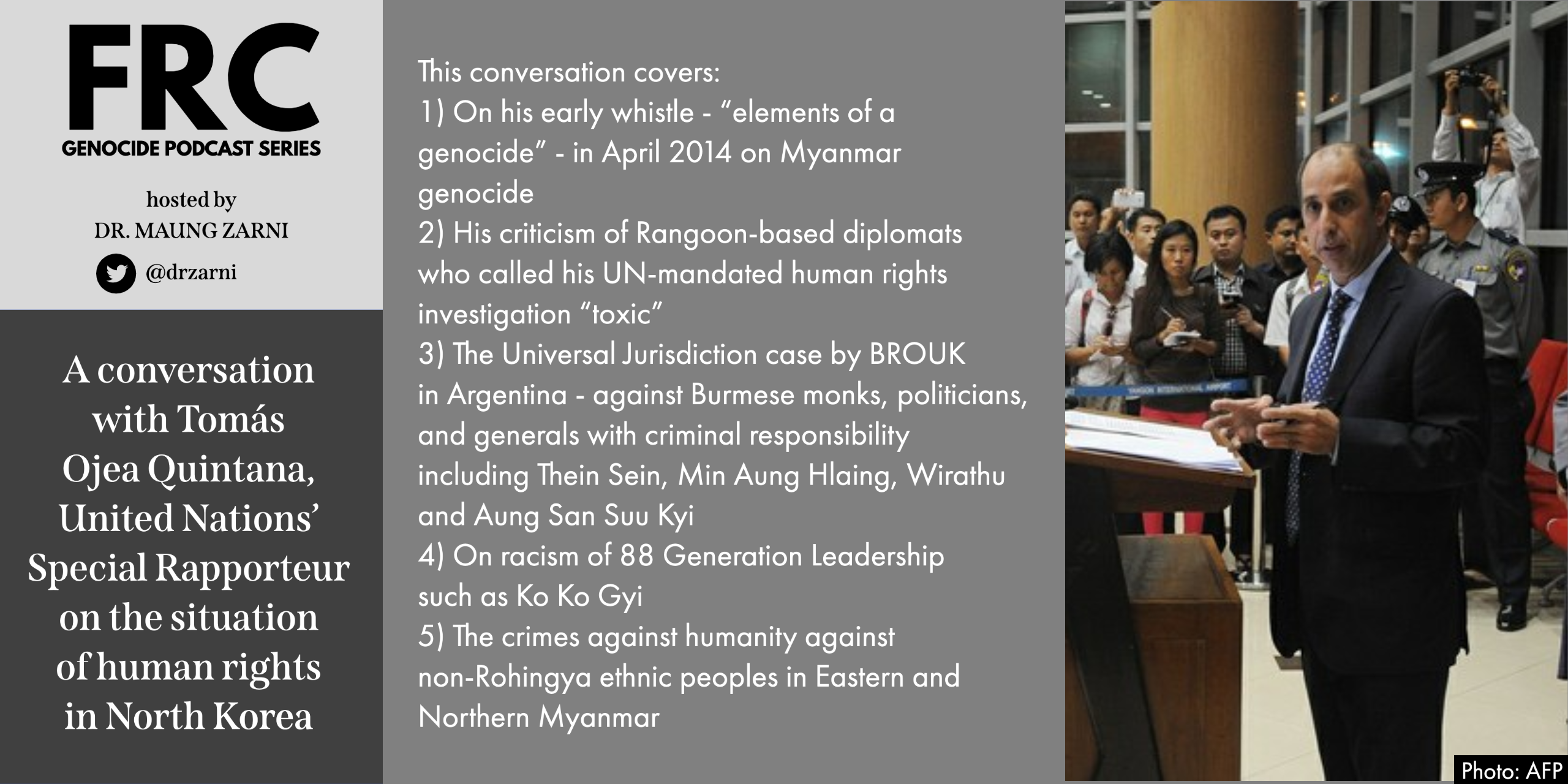 A conversation with Tomás Ojea Quintana, United Nations’ Special Rapporteur on the situation of human rights in North Korea

1) On his early whistle – “elements of a genocide” – in April 2014 on Myanmar genocide
2) His criticism of Rangoon-based diplomats who called his UN-mandated human rights investigation “toxic”
3) The Universal Jurisdiction case by BROUK in Argentina – against Burmese monks, politicians, and generals with criminal responsibility including Thein Sein, Min Aung Hlaing, Wirathu and Aung San Suu Kyi
4) On racism of 88 Generation Leadership such as Ko Ko Gyi
5) The crimes against humanity against non-Rohingya ethnic peoples in Eastern and Northern Myanmar

Mr. Ojea Quintana, a lawyer with more than 20 years of experience in human rights, worked for the Inter-American Commission of Human Rights, and represented the Argentinian NGO “Abuelas de Plaza de Mayo” in cases concerning child abduction during the military regime. He is a former Head of OHCHR human rights programme in Bolivia, and served as the UN Special Rapporteur on the situation of human rights in Myanmar from 2008 to 2014.