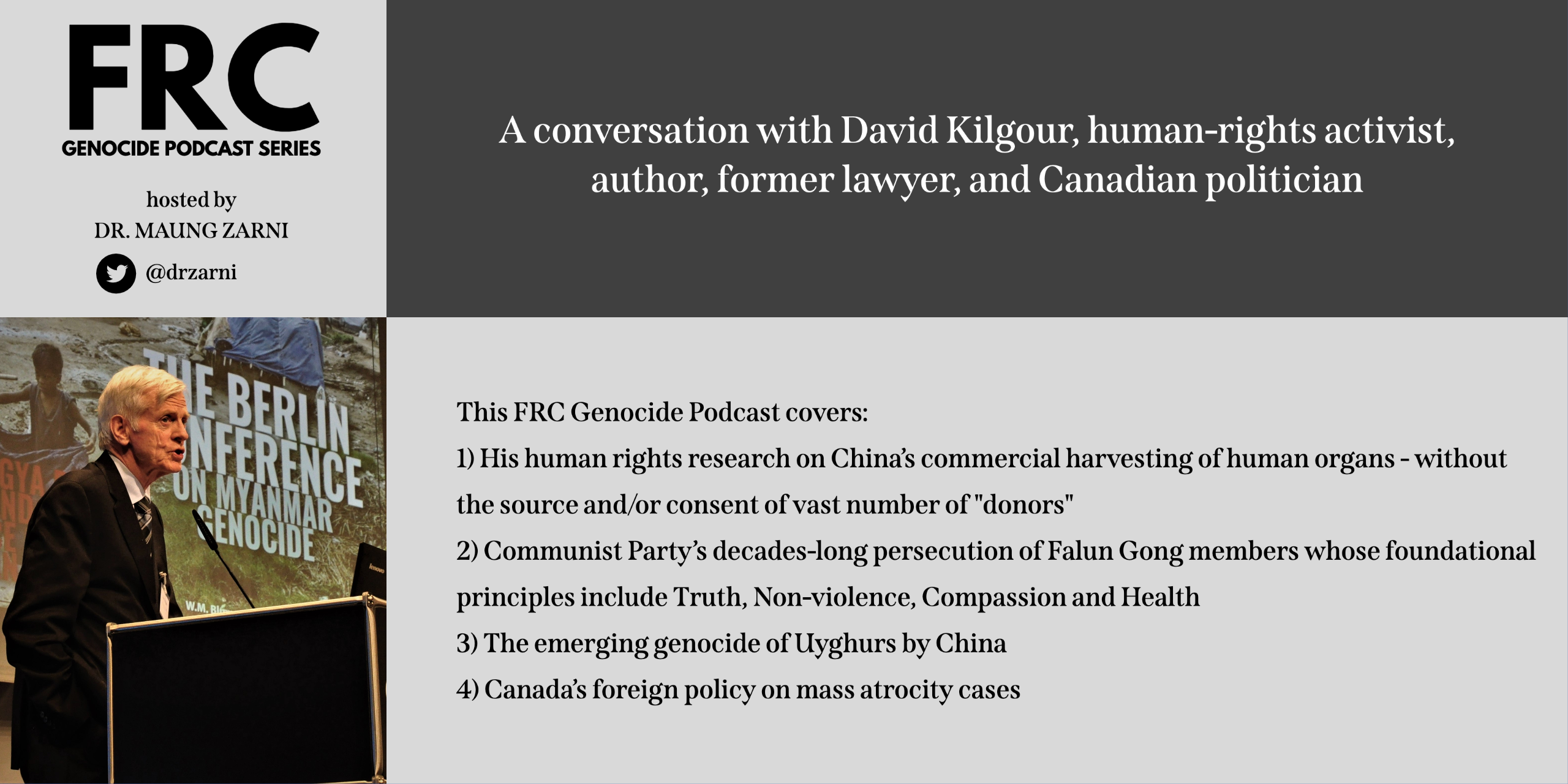 David Kilgour is a human-rights activist, author, former lawyer, and Canadian politician. He served as an MP in the Canadian parliament for nearly 30 years, held the position of Secretary of State for Africa and Latin American, and subsequently for Asia. A lifelong practicing Christian, Kilgour has worked on issues such as inter-faith dialog, personal freedoms, and democratic government throughout his career. In Parliament, he was active in prayer groups while at venues and publications across the country he has spoken specifically on religious themes and politics. Commonly, his topics have been on global religious and political persecutions. With David Matas, Kilgour coauthored “Bloody Harvest: Organ Harvesting of Falun Gong Practitioners in China (2009)”. For his international activism on human rights and religious freedom, he was nominated for the Nobel Peace Prize for 2010.

1) His human rights research on China’s commercial harvesting of human organs – without the source and/or consent of vast number of “donors”
2) Communist Party’s decades-long persecution of Falun Gong members whose foundational principles include Truth, Non-violence, Compassion and Health
3) The emerging genocide of Uyghurs by China
4) Canada’s foreign policy on mass atrocity cases