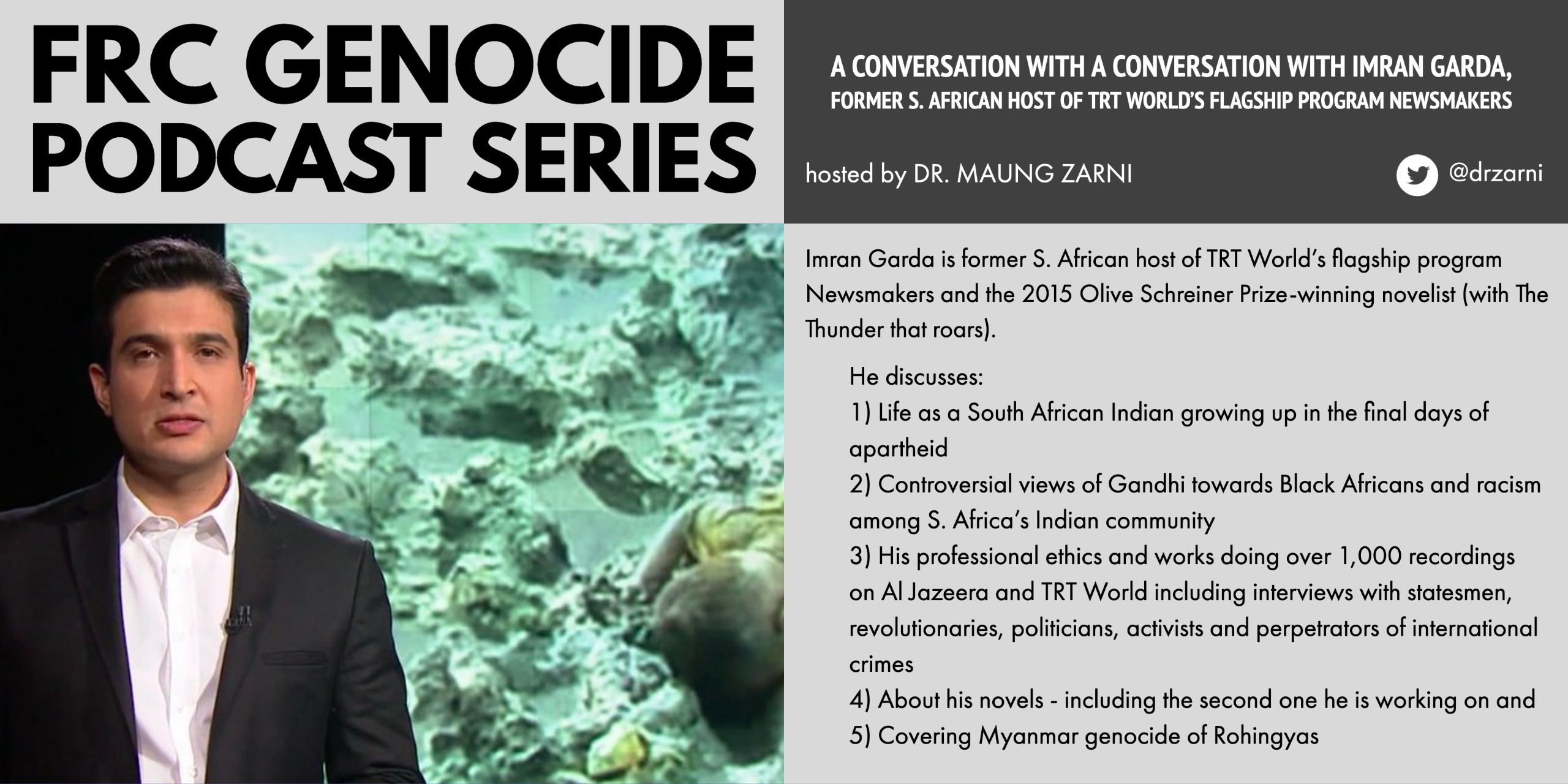 Born in South Africa with more than a decade and a half of experience presenting and producing for international television and digital media  Imran. Currently based in Istanbul.

Host of The Newsmakers, the flagship current affairs show of TRT World and an award-winning author.

Also presenter of the documentary series Crossing the Line and Focal Point (including films inside North Korea and embedded with the KKK). Also served as Acting Executive Producer.

Former host of Third Rail on Al Jazeera America in NYC and senior presenter and producer on AJ+ in San Francisco. Helped launch AJ+ and served as Acting Executive Producer for Editorial.

Previously with Al Jazeera English from the channel’s launch. Anchored the News and Inside Story from Doha; Kuala Lumpur and Washington DC and reported from more than a dozen countries across multiple continents.

Also hosted the Gaza war series Focus on Gaza and presented the documentaries The Father of the Turks; A Voyage of Life and Death and India’s Silent War.

Hosted the award-winning (RTS) and Emmy-nominated show, The Stream from Washington, DC.

Novel ‘The Thunder That Roars’ published by Umuzi, a Penguin Random House imprint.

Winner of the 2015 Olive Schreiner Prize. Long-listed for the Etisalat Prize in 2014 and optioned for a feature film.

3) His professional ethics and works doing over 1,000 recordings on Al Jazeera and TRT World  including interviews with statesmen, revolutionaries, politicians, activists and perpetrators of international crimes