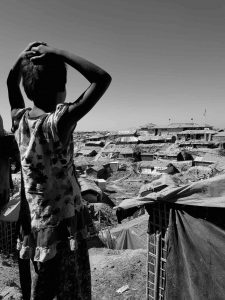 To: Government of Bangladesh Bangladesh Must End Internet Ban in Rohingya Refugee Camps Petition Text The government of Bangladesh MUST lift the internet ban in the 35 Rohingya refugee camps in Cox’s Bazar, where internet access has been shut down since September 2019 Why is this important? The Rohingya have suffered decades of systematic persecution in their home country of Myanmar. They have been denied citizenship, freedom of movement, access to education and health services. They have been subject to land confiscations, arbitrary arrests, forced labour, extortion, torture, rape, mass killings, the destruction of whole villages and other forms of collective