Skip to content
Home > View all posts by FRC Webmaster 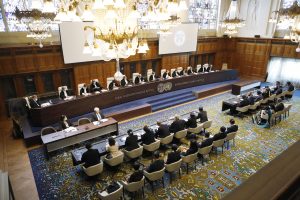 Free Rohingya Coalition welcomes and thanks the German and UK governments for their decision to intervene in the case of The Gambia vs Myanmar at the International Court of Justice. In yet another sign of the winds of change,  and on the day of the 5th anniversary of the Rohingya Genocide Remembrance Day, 25th August 2022, both states announced their historic decisions. In Germany, a spokesperson of the German Federal Foreign Office announced, “…we support The Gambia in order to enforce international law and to strengthen it in the fight against human rights violations. Therefore, Germany will intervene in the 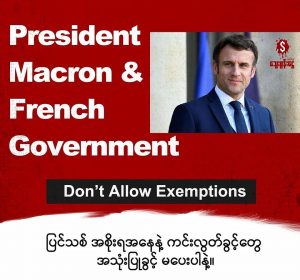 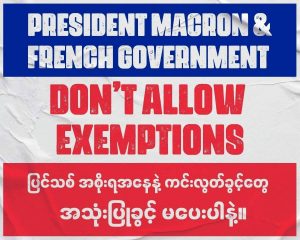 Joint Statement Myanmar and International: Call on President Macron and the French Government to refuse to allow TotalEnergies to use exemptions to EU Sanctions,459 Organizations from 20 countries June 20, 2022 Myanmar and International civil society organizations urge President Macron and the French Government not to give TotalEnergies the authorizations it needs to bypass EU sanctions on the Myanmar Oil and Gas Enterprise (MOGE). 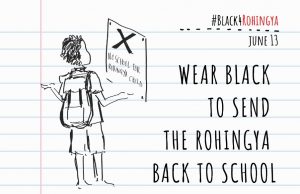 PRESS RELEASE Join the movement #Black4Rohingya by wearing BLACK on Monday, 13 June 2022 and remember to share your photos and messages of solidarity with us on twitter @ProtectRohingya & on instagram @protecttherohingya using the Hashtag: #Black4RohingyaThe Rohingya are native to Arakan State in Myanmar. They are known as the world’s most persecuted minority and have suffered decades of institutionalised apartheid. They are denied their citizenship rights, freedom of movement, access to education, health services, land rights and are subjected to arbitrary arrests, sexual violence, forced labour, extortion, and collective punishment.On 25 August 2017, a genocide perpetrated by the Myanmar 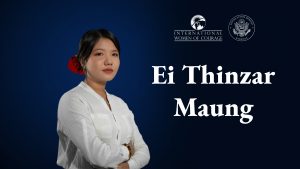 Statement of Appreciation regarding the International Women of Courage Award by Ei Thinzar Maung For more information, please contact: eithinzarmaung@nugmyanmar.org 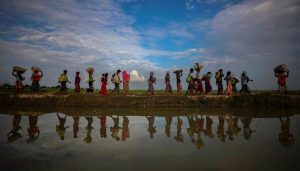 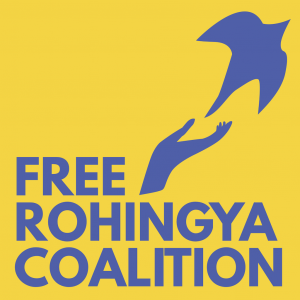 Activists condemn Myanmar Junta for lies and distortions about Rohingya: Free Rohingya Coalition Statement 23 November 2021 London and Frankfurt – Free Rohingya Coalition unequivocally condemns the Myanmar Junta, headed by Min Aung Hlaing, for its persistent lies and criminality concerning the Rohingya people and its grave crimes, including crimes against humanity, against the people of Myanmar in general. In response to the United Nations General Assembly resolution (adopted on 17 November) entitled “Situation of Human Rights of Rohingya Muslims and other minorities in Myanmar” by the Third Committee (Social, Humanitarian and Cultural Issues) of the 76th session of the 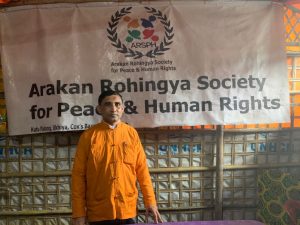 JOINT STATEMENT September 30, 2021 Probe into the gruesome killing of refugee leader Mohammed Mohibullah demanded We are extremely saddened and shocked at the killing of Mr Mohammed Mohibullah, President of the Arakan Rohingya Society for Peace and Human Rights (ARSPH), on 29th September 2021, by a group of gunmen in his office in the world largest refugee camps at Kutupalong, Cox’s Bazar, Bangladesh. Mohibullah was a notable refugee leader who had long worked for the protection and wellbeing of the Rohingya refugees. He had raised the voices and concerns of the refugees in international forums and with world leaders,

August 25, 2021 “Impunity ferments a cycle of violence” – Statement by Mr. Nicholas Koumjian, Head of the Independent Investigative Mechanism for Myanmar I want to thank you, Dr. Zarni, for this invitation. And I thank the organisers of this event for inviting me to speak on behalf of the Independent Investigative Mechanism for Myanmar, but most of all, for organising this event, which is so important, so timely, to remember after four years what happened in 2017 and the violence that was inflicted on so many human beings, so many individuals. The consequences of that violence continue today. The 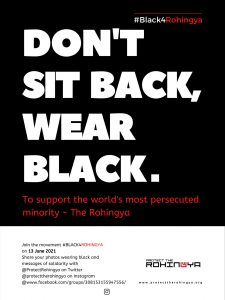 1 June 2021 PRESS RELEASE Join the movement by wearing BLACK in solidarity on Sunday, 13 June 2021 and remember to share your photos and messages of solidarity with us on twitter @ProtectRohingya & on instagram @protecttherohingya using the Hashtag: #Black4Rohingya The Rohingya have suffered decades of systematic persecution in their home country  of Myanmar. They are denied citizenship, freedom of movement, access to education and health services; they have been subject to land confiscations, arbitrary arrests, forced labour, extortion, torture, rape, mass killings and other forms of collective punishment. On 25 August 2017, the genocide forced a million Rohingya to