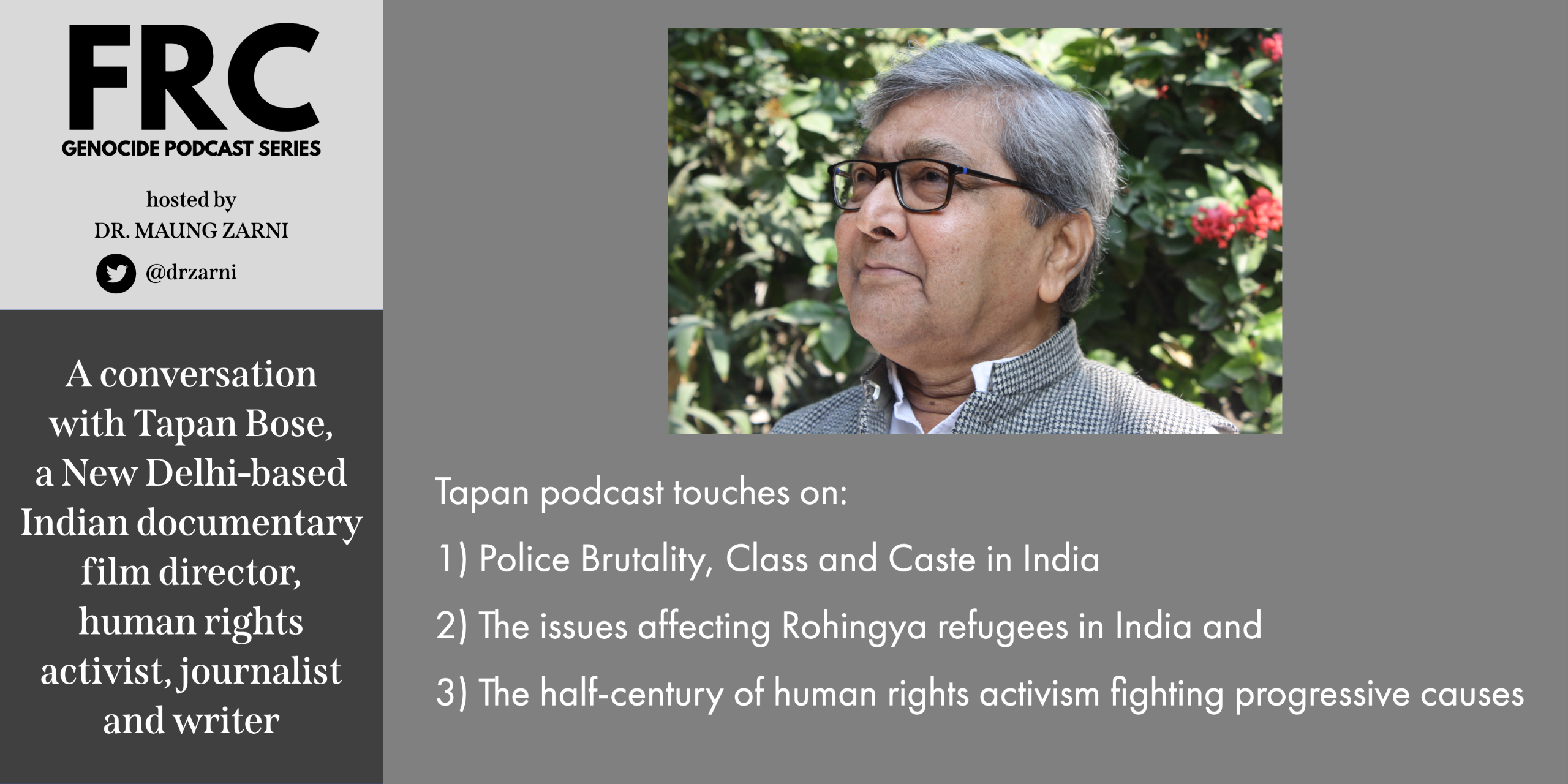 Tapan Kumar Bose is a New Delhi-based Indian documentary film director, human rights activist, journalist and writer. Among his films are Bhopal: Beyond Genocide (1986) and An Indian Story (1981), about the extreme police brutality in the State of Bihar documenting how the state police resorted to widespread cruel act of blinding criminal suspects and how  the state authorities and lawmakers attempted to cover up the blinding.

Tapan has been active in protection of refugees in India and defending their rights for the last 50 years, and is an outspoken critic of Indian state policies and practices in Jammu and Kashmir since 1990’s.  He was the Secretary General of South Asia Forum for Human Rights, the co-founder of Pakistan-India Peoples’ Forum for Peace and Democracy in 1994, The Other Media, Founder President of Mahanirvan Calcutta Research Group, Kolkata, and South Asia Human Rights Documentation Centre.