What are Rohingya and their supporters thinking and feeling? What needs to be done? Free Rohingya Coalition is giving space to diverse views about Rohingya life and struggle. Edith Mirante – Author & Activist Edith Mirante is an author with a passion for human rights and environmental issues. She has travelled widely in Asia, and has investigated atrocities and resistance in remote corners of Burma’s frontier conflicts. Edith founded Project Maje in 1986 to focus on human rights & environmental issues in Burma. Mir Ahmed Siddique – Activist Mir Ahmed Siddique is a Bangladeshi human rights activist based in Saudi

Chairman Gardner, Ranking Member Markey, and distinguished members of the Committee, thank you for the opportunity to appear before this committee to testify on the ongoing genocide of the Rohingya people in Burma. I speak as a survivor of decades-long persecution by the Government of Burma, which is now carrying out a genocide that has long been in the making. My own personal history reflects this story. My extended family experienced first-hand waves of government-orchestrated military attacks and mass violence against unarmed and peaceful communities throughout Rakhine region. In 1978, my parents, then in their twenties, fled their homeland of 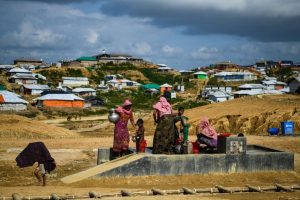 By Mohammed Sheikh Anwar | Published by The Washington Post on November 13, 2018 Mohammed Sheikh Anwar is a Rohingya activist and journalist. By now, the world is well aware of the horrors experienced by Myanmar’s Rohingya minority over the past two years. Starting on Aug. 25, 2017, the Myanmar military unleashed a campaign of terror against the Rohingya in the country’s western Rakhine state, compelling virtually the entire community to flee. Since then, more than 700,000 Rohingya have sought refuge in neighboring Bangladesh. This week, according to an agreement between Bangladesh and Myanmar, the refugees are supposed to start going 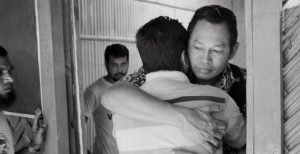 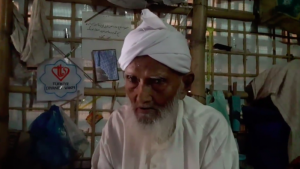 “Myanmar lies that Rohingyas were not indigenous people of Arakan. This elderly man was Rohingya Indigenous Language Program newsreader on the country’s sole national broadcasting station – Burma Broadcasting Service – from 1961-1965” 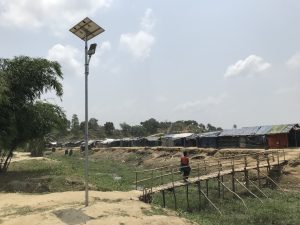