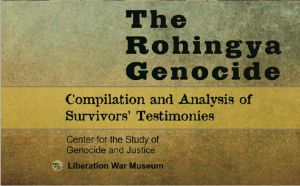 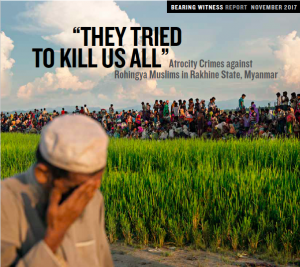 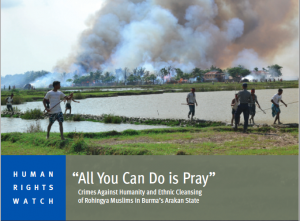 Published by Human Rights Watch on April 22, 2013 “All You Can Do is Pray” Crimes Against Humanity and Ethnic Cleansing of Rohingya Muslims in Burma’s Arakan State Summary The deadly violence that erupted between ethnic Arakanese Buddhists and Rohingya Muslims in early June 2012 in Burma’s Arakan State began as sectarian clashes in four townships. When violence resumed in October, it engulfed nine more townships and became a coordinated campaign to forcibly relocate or remove the state’s Muslims. The October attacks were against Rohingya and Kaman Muslim communities and were organized, incited, and committed by local Arakanese political party 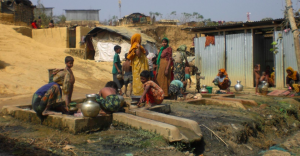