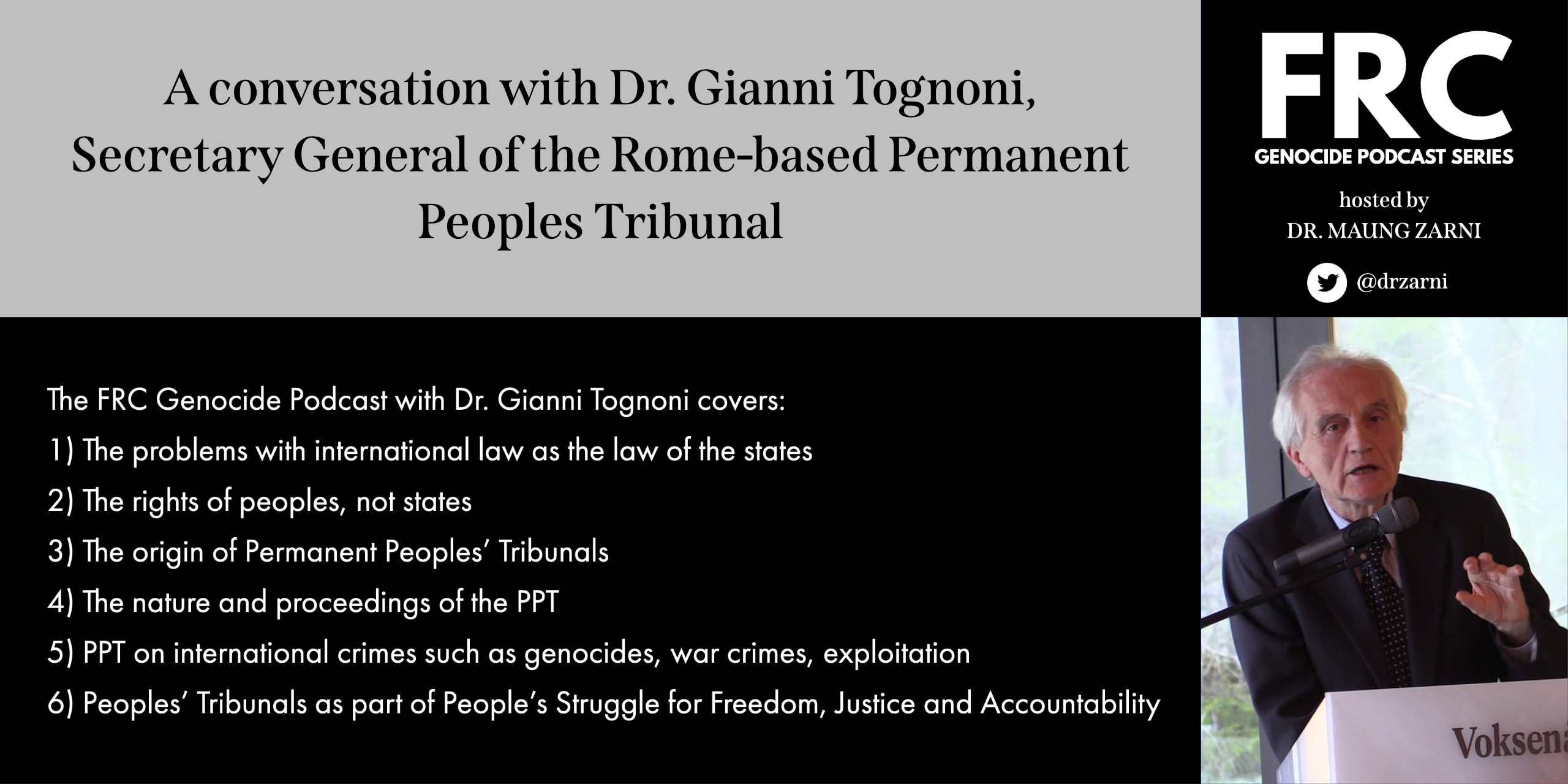 2) The rights of peoples, not states

3) The origin of Permanent Peoples’ Tribunals

4)  The nature and proceedings of the PPT

5) PPT on international crimes such as genocides, war crimes, exploitation

6) Peoples’ Tribunals as part of People’s Struggle for Freedom, Justice and Accountability

A medical doctor by profession, Dr Gianni Tognoni is the Secretary General of the Rome-based Permanent Peoples Tribunal since its establishment in 1979. Over the last 35 years Dr Tognoni has been deeply involved in the promotion of humans and people’s rights, beginning with his participation in the Russell Tribunal 2 on Latin American Dictatorships (1973-76) and in the preparation of the Universal Declaration of Peoples Rights. In his professional field of medicine, he has collaborated with WHO in the formulation of essential drugs policies, and activated research groups in community epidemiology in most of the countries of central and Latin America, and in Africa. As research director at the Mario Negri Institute in Milan over the last 30+ years, Dr Tognoni has directed research in the fields of cardiology, intensive care, neurology and psychiatry the findings of which have been published in some of the world’s leading professional journals.