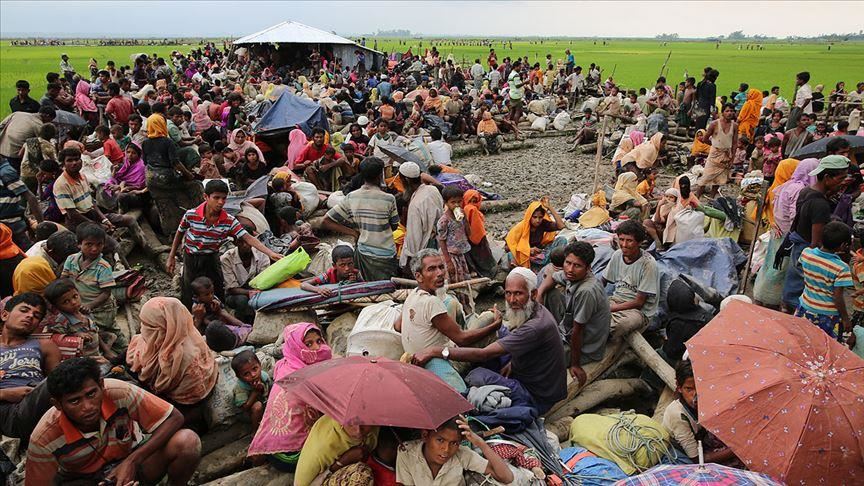 By Maung Zarni | Published by Anadolu Agency on September 9, 2020

LONDON — It is really welcome news for the Rohingya campaigning for justice and accountability that the International Criminal Court (ICC) has reportedly brought to The Hague two Myanmar army deserters who could provide first-person accounts as perpetrators in the genocidal killings of Rohingya families, including women and babies.

The two are named as Myo Min Tun and Tun Naing Win, respectively with the Myanmar army’s Light Infantry Battalion (LIB) 565 and LIB 551, both based in the northern Rakhine township of Buthidaung. They were seeking refuge or asylum from the Bangladeshi authorities, who apparently turned them over to the ICC.

Their detention by the ICC and arrival in The Hague are both unprecedented, and their testimonies regarding Myanmar military commanders’ uniform order to kill “all Kalars (or Muslim Rohingya) including babies” can further offer substantive evidence to support Gambia’s genocide allegations against Myanmar at the International Court of Justice, also in The Hague.

What is, however, missing from the reportage of this breaking news in the international media are two things.

First, with the title “Kill all Kalars including babies: Myanmar commander ordered to kill Rohingya” — almost exactly like the Sept. 8, 2020 New York Times news report — a Rohingya human rights researcher on the ground named Aung Aung Sittwe had filed a blog post in real time on Sept. 5, 2017, when the Myanmar Armed Forces launched the genocidal purge which resulted in the exodus of 750,000 Rohingya, the destruction of nearly 400 villages and the mass killing of an estimated 10,000 Rohingya. The local researcher backed up his story using the eye-witness account of a non-Rohingya forced laborer who overheard the Burmese commander issuing that identity-based killing and subsequently witnessed atrocities “worse than the movies.”

But the mainstream media and international human rights organizations simply ignored the lead from a prolific and credible local Rohingya researcher and blogger.

Second, there would be no Myanmar deserter-detainees at the ICC if it were not for the fact that the Arakan Army, the armed resistance group established by younger generation Rakhine Buddhists, decided to embark on a new strategic initiative to collaborate with Rohingya Muslims in their quest for international justice.

Arakan Army leaders treat Burmese army deserters (or POWs) whom they capture well while extracting, on camera, voluntary confessions of atrocity crimes from them and making them available for use in international tribunals on Myanmar.

On Jan. 26, 2020, the Arakan Army and its political wing the United League of Arakan (ULA) said that “while the Tatmadaw [Myanmar army] is being investigated for war crimes at the International Criminal Court, they are brazenly continuing to commit war crimes like this even today. Therefore, if any organizations that love the truth and other independent organizations take steps to scrutinize such incidences and try to establish the truth, we stand ever ready to extend our hands of cooperation.”

By “incidences,” the Arakan Army/ULA were referring to Myanmar’s internet ban in Rakhine state and the continued killings of locals by Myanmar troops.

The two ICC Myanmar detainees first made their videotaped confessions of their Myanmar army battalions’ international state crimes against Rohingya, and they were among the group of four POWs in the Arakan Army’s detention. Their confessions with English subtitles were uploaded to the Arakan Army’s website on May 29, 2020.

The Arakan Army/ULA’s ultimate goal is to establish political autonomy for the Arakan or Rakhine region as well as peace and reconciliation with all co-inhabitants of Rakhine, most specifically Rohingya, who also belong to Rakhine as their shared birthplace.

[The writer is a Burmese coordinator of the Free Rohingya Coalition, general secretary of Forces of Renewal Southeast Asia and a fellow of the Genocide Documentation Center in Cambodia.]