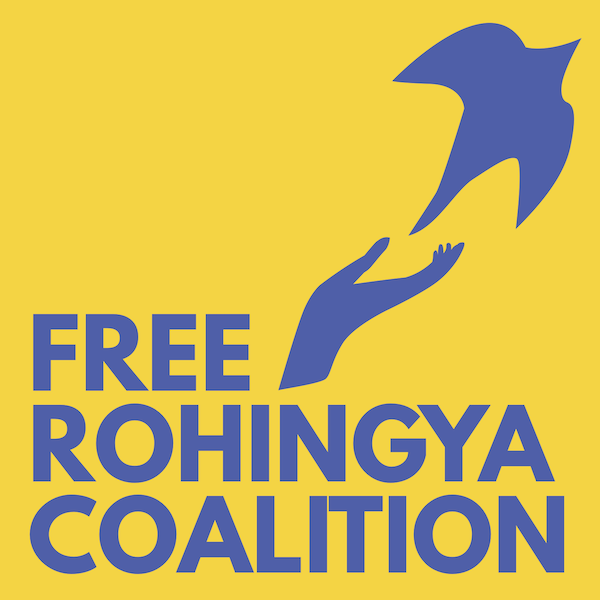 Rohingyas and those that stand in solidarity with them, will mark the 3rd anniversary of Myanmar’s genocide, in the first ever worldwide multilingual online rally. The event will bring together more than four dozen international supporters including UN officials, human rights activists, genocide scholars, international law experts, and concerned journalists from all continents. They will join Rohingya survivors and refugees to memorialise and honour the thousands of victims slaughtered, raped and tortured in the violent purge by Myanmar government troops, that began on 25th August 2017.

“Neither pandemic nor repressive regimes can silence the voices of Rohingya people who demand accountability, restoration of full and equal citizenship and a homeland with inalienable rights of all peoples.” said Ro Nay San Lwin, Co-founder and Coordinator of the Free Rohingya Coalition.

Prominent Rohingya refugees and survivors – from Bangladeshi refugee camps and throughout the diaspora – will honour the memories of their fellow Rohingya victims who were murdered during past four decades of various waves of genocidal killings.

Musicians from Asia, Africa, Europe and USA will perform live as an act of solidarity for Rohingya people.

The online rally will be Facebook Live at the Free Rohingya Coalition Facebook page (https://www.facebook.com/FreeRohingyaCoalition) at 1400 GMT (3PM UK) on 25th August. In addition, it will be live streamed on Turkish International news channel Anadolu Agency through its 13 world languages programme.

Rohingyas in Myanmar have been subjected to state policies of persecution which are widely considered to be a textbook example of genocide. Myanmar is currently facing a full investigation for its grave crimes in international law including the crimes of deportation and other crimes against humanity by the ICC. Last December UN’s highest court, International Court of Justice began the public hearing over Gambia’s allegations that Myanmar has violated its obligations under the genocide convention.  This January ICJ judges had unanimously ordered Myanmar to immediately end any and all acts of genocide against Rohingya people, as they are protected by the genocide convention.

The memorial is hosted by the Free Rohingya Coalition in collaboration with the Documentation Centre of Cambodia, one of the world’s leading genocide centres, and Forces of Renewal Southeast Asia, a region-wide grassroot network rights activists and scholars.

Free Rohingya Coalition is a global network of Rohingya activists and friends of Rohingyas who share common concerns about Myanmar’s ongoing genocide and the need for Rohingya survivors to play an active role in seeking a viable future for their group.