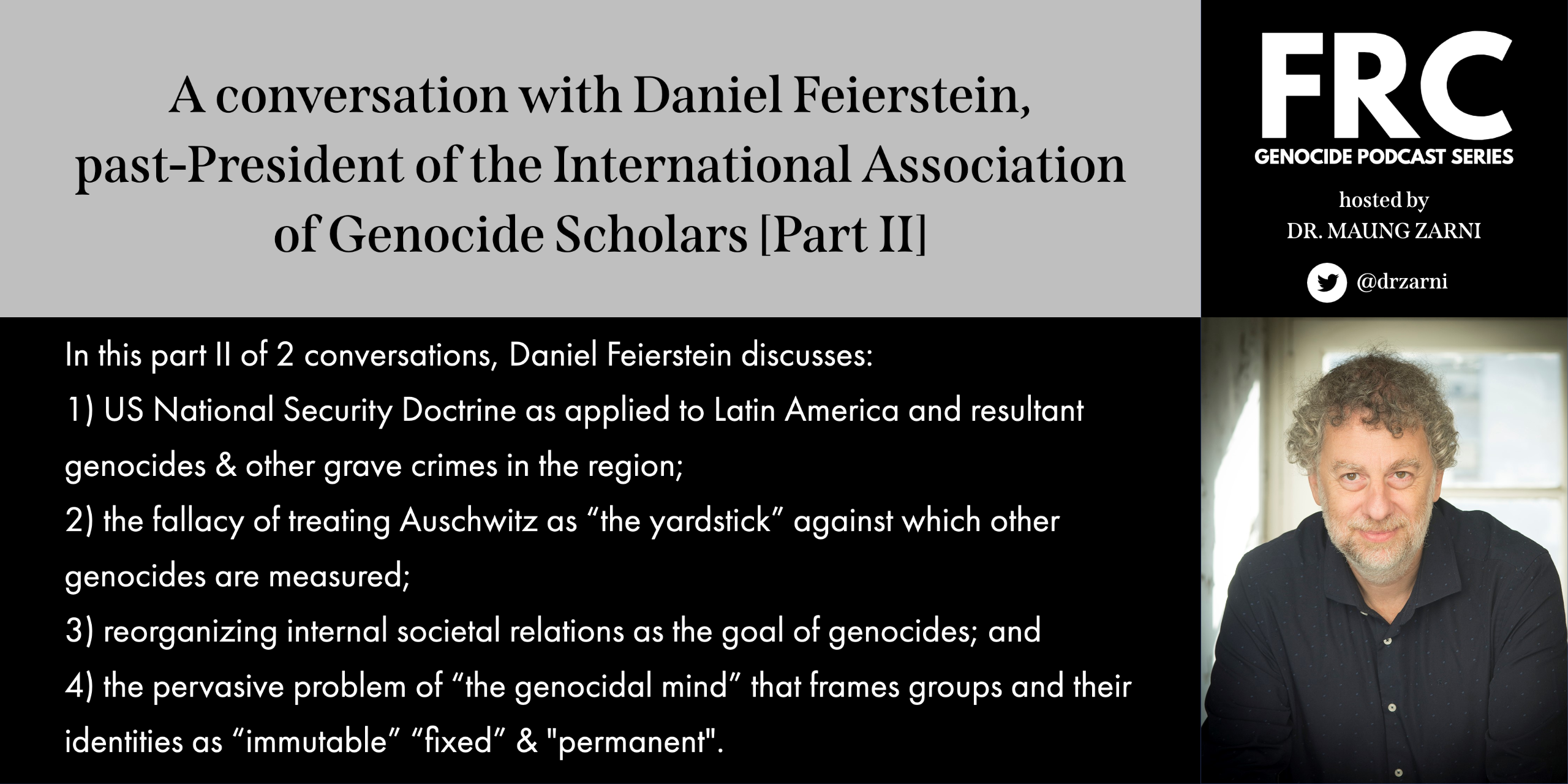 In this part II of 2 conversations, Daniel Feierstein discusses:

1) US National Security Doctrine as applied to Latin America and resultant genocides & other grave crimes in the region;

2) The fallacy of treating Auschwitz as “the yardstick” against which other genocides are measured;

3) Reorganizing internal societal relations as the goal of genocides; and

4) The pervasive problem of “the genocidal mind” that frames groups and their identities as “immutable” “fixed” & “permanent”.

Daniel Feierstein holds a Ph.D, in Social Sciences by the University of Buenos Aires. He is the Director of the Centre of Genocide Studies at the National University of Tres de Febrero in Buenos Aires, Argentina.

Feierstein´s books and articles have been critical in the qualification of the crimes committed in Argentina as genocide, established by 9 different tribunals from 2006 on. Feierstein is the current President of the International Association of Genocide Scholars. Among his most recent books, it is worth to mention “Genocide as a Social Practice. Reorganizing Society under the Nazis and Argentina´s Military Juntas (Rutgers University Press, 2014)” and “Memorias y Representaciones. Sobre la elaboracion del genocidio I” (FCE, 2012).  He also chaired the Permanent Peoples Tribunals on Sri Lanka (2013) and Myanmar (2018).