Skip to content
Home > Podcast > English > A conversation with Febriana Firdaus, an independent investigative journalist based in eastern part of Indonesia 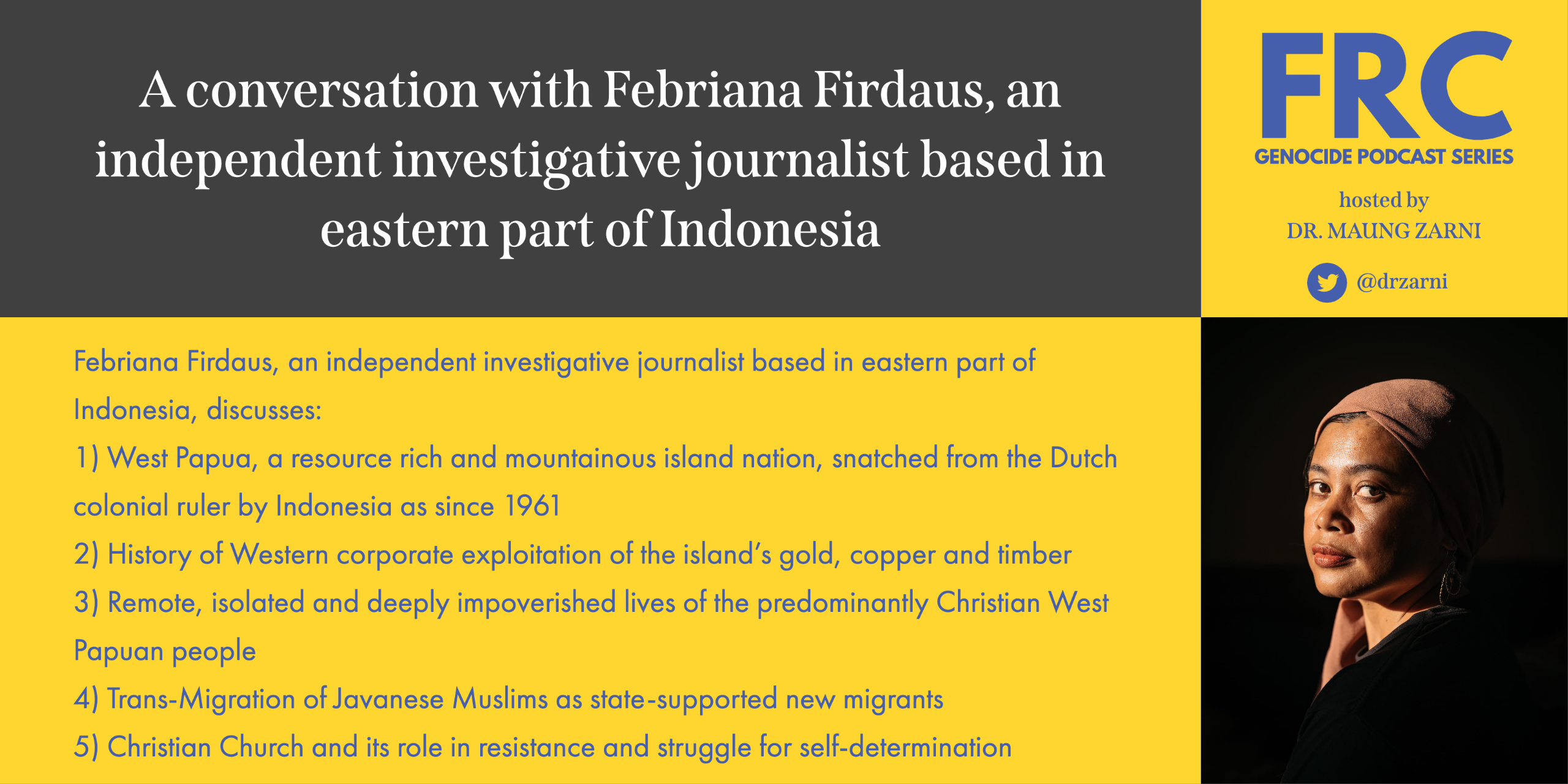 Febriana Firdaus is an independent investigative journalist based in eastern part of Indonesia. She travels across the country, from Aceh to West Papua. She has written extensively stories from the remote places of West Papua, about the silent killing of the children in the highland by Indonesian military to the hidden chronic hunger in the palm oil plantation area. Febriana works have appeared in TIME, Guardian, Foreign Policy, Jacobin Magazine, The Economist, Mekong Review, Financial Times, Mongabay, New Naratif, Al Jazeera, among others. Currently, she is a regular contributor to The Guardian, covering general issues. In 2019, she received the SOPA Award for excellence in reporting on the environment and for her ‘vigorous and detailed look at a major environmental problem’ in Mentawai Island. She runs the Voice of Papua newsletter which is syndicated by Asia Pacific Reports.

Febriana Firdaus, an independent investigative journalist based in eastern part of Indonesia, discusses:

1) West Papua, a resource rich and mountainous island nation, snatched from the Dutch colonial ruler by Indonesia as since 1961

2) History of Western corporate exploitation of the island’s gold, copper and timber