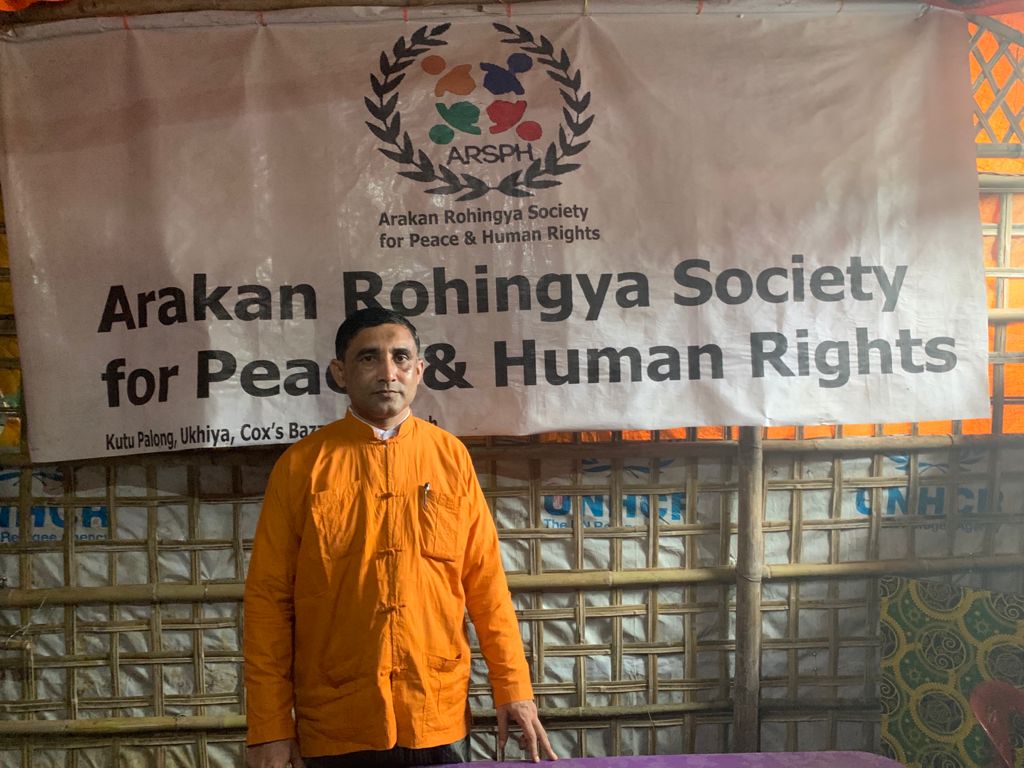 We are extremely saddened and shocked at the killing of Mr Mohammed Mohibullah, President of the Arakan Rohingya Society for Peace and Human Rights (ARSPH), on 29th September 2021, by a group of gunmen in his office in the world largest refugee camps at Kutupalong, Cox’s Bazar, Bangladesh.

Mohibullah was a notable refugee leader who had long worked for the protection and wellbeing of the Rohingya refugees. He had raised the voices and concerns of the refugees in international forums and with world leaders, including former U.S. President Donald Trump.

According to his brother Habib Ullah, Mohibullah was shot dead by a group of assassins belonging to Arakan Rohingya Salvation Army (ARSA) who are ganging up in the refugee camps often resorting to hijacking and killing the innocents, committing extortion, loot, torture and various criminal atrocities on the helpless refugees.

The camp situation remains particularly precarious. Living in intolerable conditions in cramped conditions, with limited freedom of movement, access to education or health service, the Rohingya refugees are dependent on the goodwill of their host nation and the international community.

We urge the Government of Bangladesh to probe into the gruesome killing and punish the culprits at an early date and take all necessary measures for the protection of the terrorized refugees by eliminating the criminal activities.