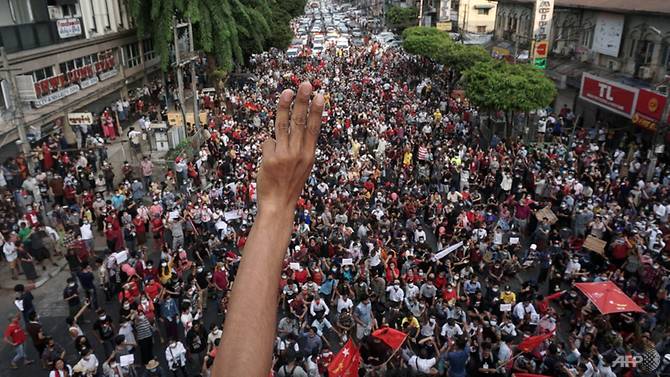 We join hands with all Myanmar peoples in their struggle to end 58-years of military repression, crimes against humanity, war crimes and genocide.

We unequivocally condemn the coup of 1 February led by the Tatmadaw leadership of Senior General Min Aung Hlaing.

The Tatmadaw or military have blocked Myanmar’s public democratic aspirations since 1962, while committing international crimes against national minorities including Karen, Kachin, Shan and Rohingya people.

The coalition therefore encourages the emerging anti-coup movement to embrace an all-inclusive vision of human rights and the Union of Myanmar and oppose to the ethno-centric, exclusionary, bigoted and divisive form of nationalism which the coup-making Tatmadaw has promoted through decades of racist propaganda.

We have received many requests from Myanmar activists to campaign for the ICC to take action against the Burmese generals for staging the coup on 1 February.  Unfortunately, there is no international law against which coup-makers can be criminally prosecuted. However, we pledge that we will do everything in our power to hold the coup leaders accountable for their individual criminal responsibility at the International Criminal Court (ICC), support the International Court of Justice genocide case against the military-controlled state of Myanmar – NOT the people of Myanmar – and pursue other accountability and punitive measures.

We are aware that Myanmar military usurpers have shut down the Internet and blocked any social media platforms, with a clear intent of crushing anti-coup popular protests.  Should the Myanmar coup leaders perpetrate international crimes against human rights and pro-democracy activists during this period, we will push for them to be held accountable.

We support targeted financial and economic sanctions, and other punitive measures, to be imposed against the Tatmadaw, military conglomerates, associate companies and businesses associates.