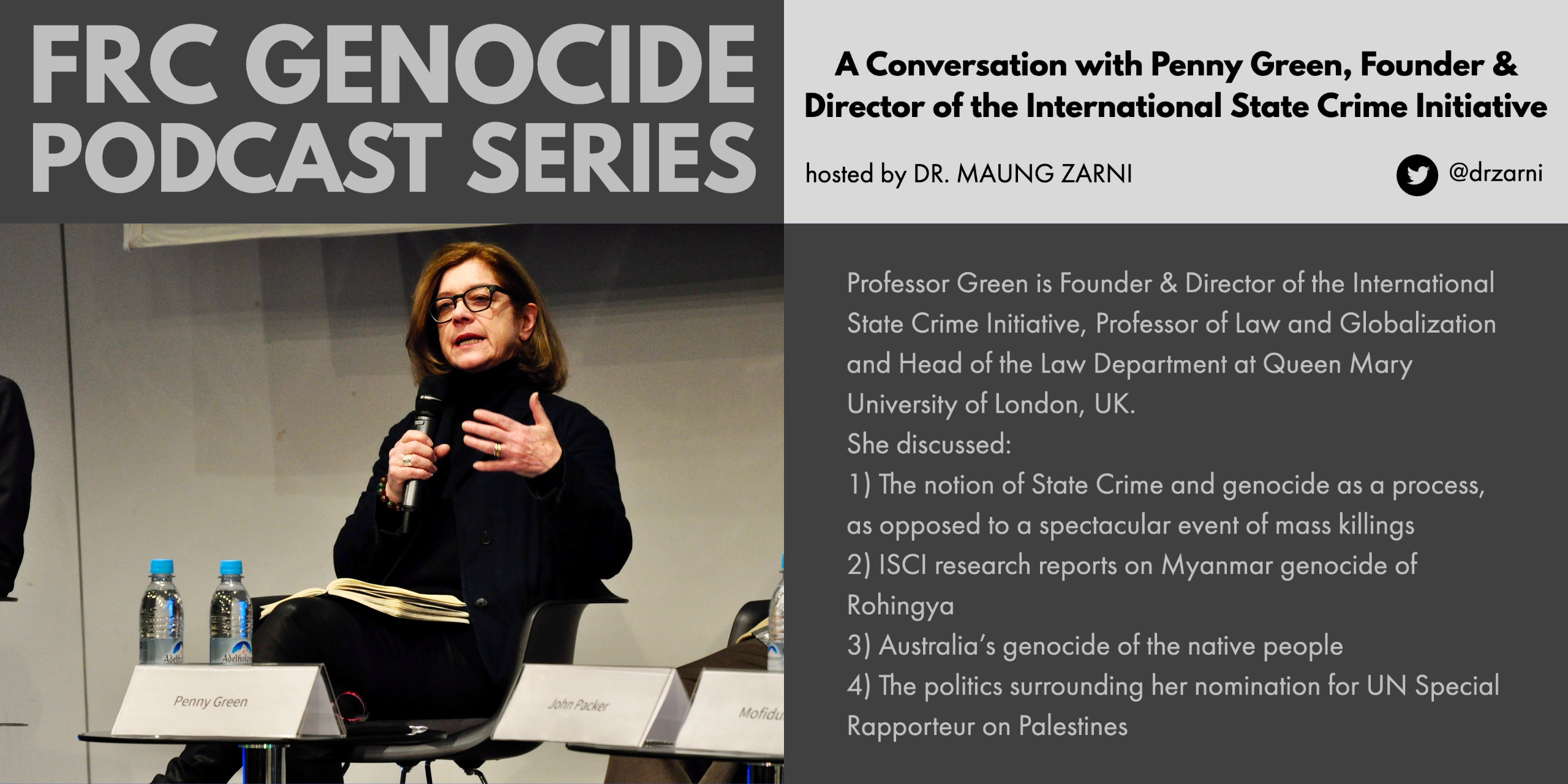 Professor Green is Founder & Director of the International State Crime Initiative, Professor of Law and Globalization and Head of the Law Department at Queen Mary University of London, UK.

She discussed:
1) The notion of State Crime and genocide as a process, as opposed to a spectacular event of mass killings
2) ISCI research reports on Myanmar genocide of Rohingya
3) Australia’s genocide of the native people
4) The politics surrounding her nomination for UN Special Rapporteur on Palestines