Skip to content
Home > Podcast > English > A Conversation with Michael Becker, former associate legal officer with ICJ, a PhD candidate at the University of Cambridge 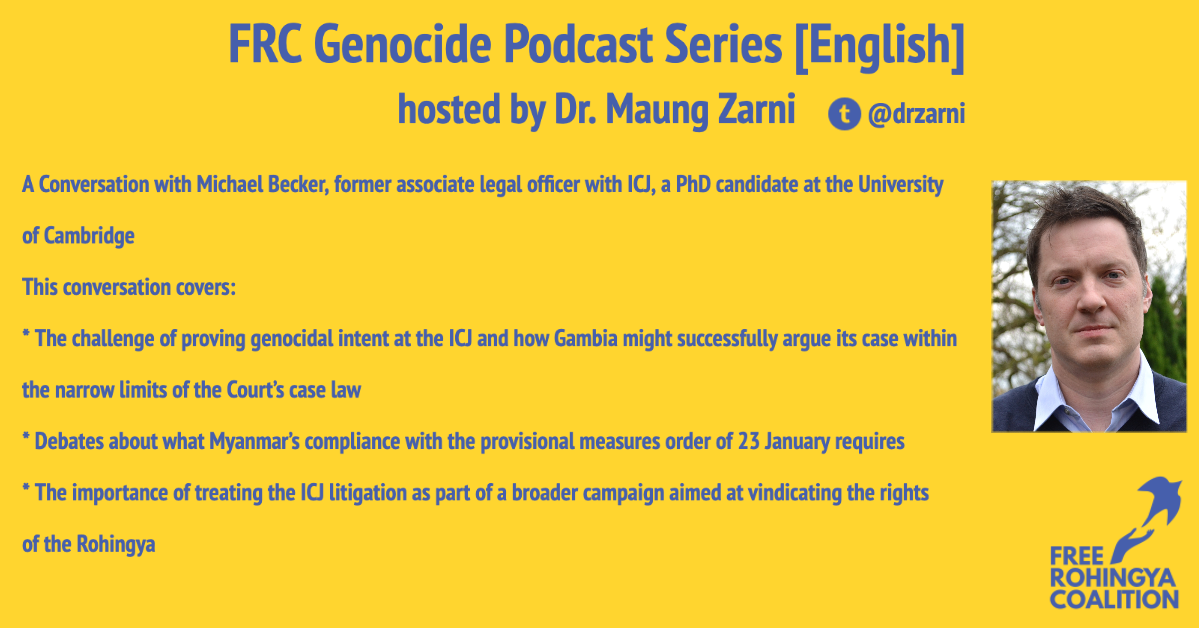 Former ICJ Associate Legal Officer  and PhD scholar at Cambridge U. Michael A. Becker shared his expert views on the various aspects of The Gambia vs Myanmar case at the ICJ, driving home his original message of a legal challenge at the ICJ not as a cure-all remedy for the Rohingyas but rather  as a tool in a broader multifaceted global strategy to end the genocide and facilitate the restoration of Rohingyas basic rights and citizenship in Myanmar.

Michael A. Becker  is an Adjunct Assistant Professor at Trinity College Dublin, where he lectures on public international law. He is a graduate of Amherst College and Yale Law School in the United States, and is in the final stages of completing his PhD at the University of Cambridge on the topic of international commissions of inquiry and fact-finding missions. Especially relevant for our conversation on the FRC Genocide Podcast Series, Mike spent four years as an Associate Legal Officer at the International Court of Justice in The Hague, and has written extensively about the Court.  He spoke to podcast series host (English) Dr Maung Zarni from Carlow, Ireland.