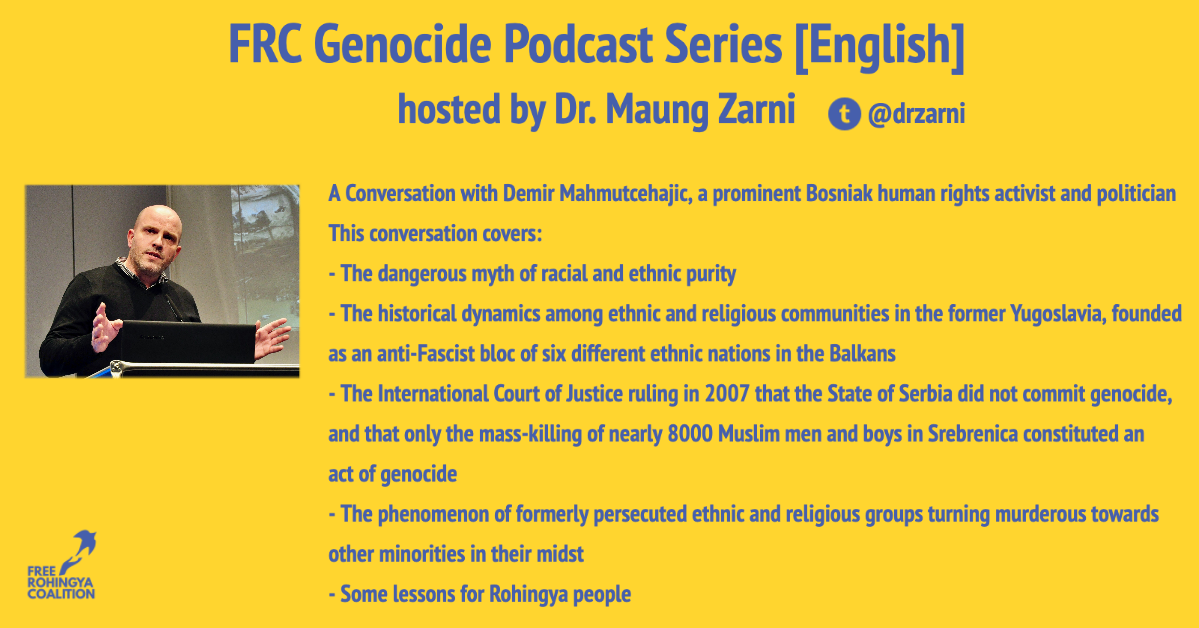 Son of a Croatian mother and Muslim Bosnian (or Bosniak) father,

Demir Mahmutcehajic (44) is a prominent Bosniak (or Muslim Bosnian) human rights activist and politician based in the old town of Stolac, Bosnia and Herzegovina. As a teenager in 1992, he and his family fled hthe Serbian-controlled Bosnia to his mother’s Croatian hometown named Vela Luka. From Croatia they had to leave in a year for safety first in Kuwait and subsequently to Slovenia when Croatian troops began their attacks on Bosnia and Herzegovina. After drifting as a refugee in Kuwait, Slovenia and later Italy for several years, Demir was resettled in UK where he resumed his high school education, and completed BSc in internet engineering at Southbank University in London. In UK, he began his human rights activism and went on to become a founding member of the Islamic Human Rights Commission. In 2005, with a group of other human rights-minded Bosniaks. He started a civil rights movement DOSTA! (Enough) in Bosnia, and Demir and his family returned to Stolac in 2011. He has been active in local electoral politics in Stolac, campaigning against corruption and electoral frauds and conducts genocide educational programs in Srebrenica, Prijedor, and other places of mass killings.