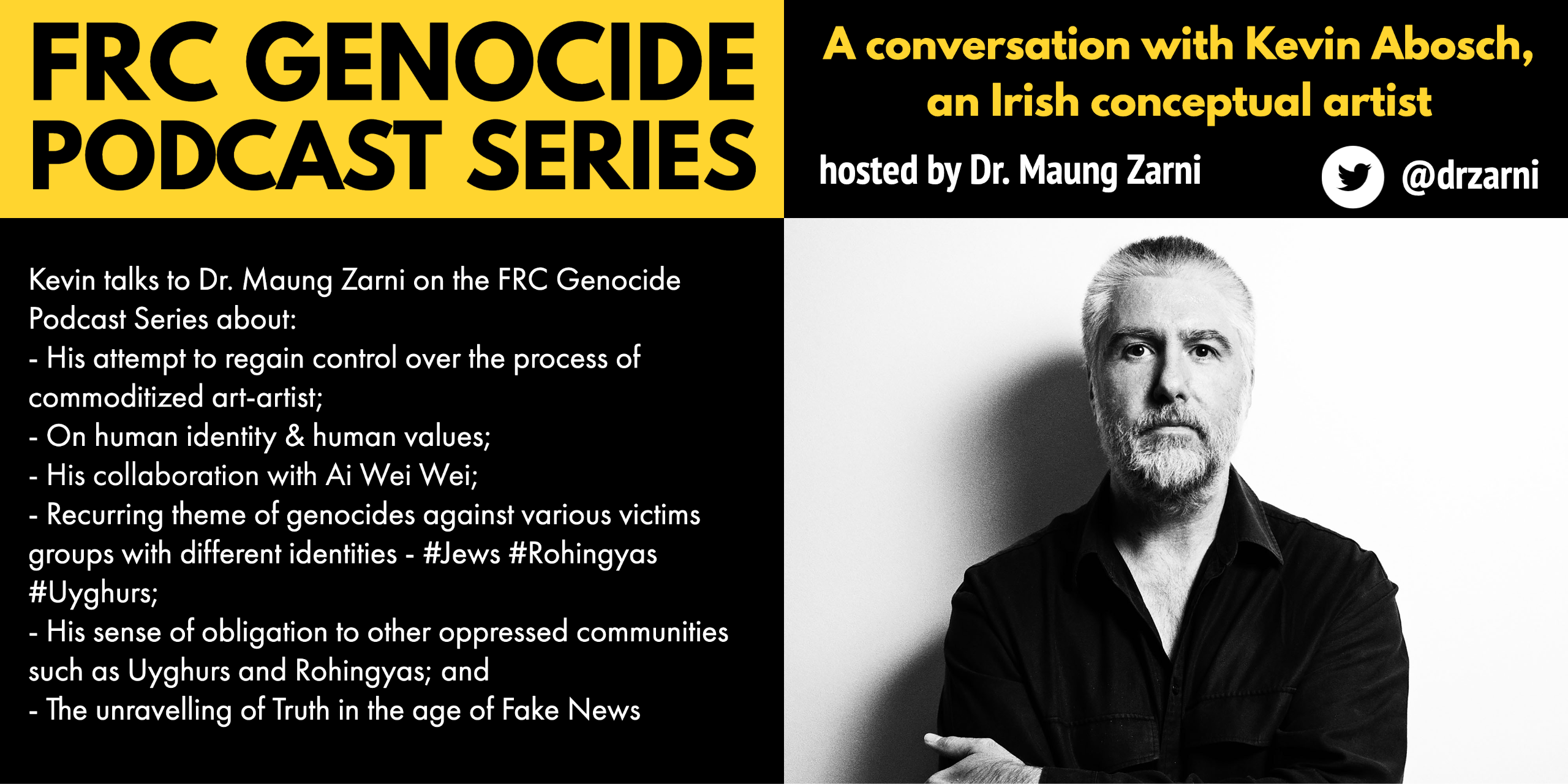 An American son of German Jewish father and Irish mother, Kevin Abosch (born 1969) is an Irish conceptual artist known for his works in photography, sculpture, installation, AI, blockchain and film. Kevin’s father escaped to safety in UK on the last train of the British-sponsored Kinder Transport program while the paternal grandparents were subsequently sent to Auschwitz where they were murdered along with 1 million Nazi victims, mainly Jewish. Because of his father’s intimate connection to the Holocaust Kevin has developed a strong sense of obligation to other oppressed communities such as Uyghurs and Rohingyas. His work addresses the questions about identity and value, and he considers himself an artist-activist.

Kevin talks to Dr. Maung Zarni on the FRC Genocide Podcast Series about: