Published by The Citizen on June 24, 2019‘Suu Kyi and Virtually the Entire Opposition Were Completely Enamoured with US Power’An extended interview with Maung Zarni, an educator and political activist in exile who was closely associated with Aung San Suu Kyi, leader of the National League for Democracy and erstwhile face of democratic politics in Myanmar.Zarni recalls the hopes many vested in Suu Kyi after her father Aung San was assassinated in 1947, and his own journey towards disillusionment.The interview is the first in a series of reports from or about India’s neighbouring countries, yesterday and today.You worked closely with 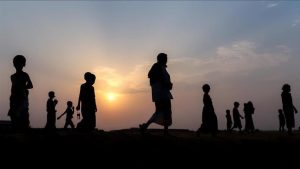 By Maung Zarni, Published by Anadolu Agency on June 21, 2019 Bleak future lies ahead of Rohingya, as Myanmar is getting away with genocide amid UN ‘system failure’ LONDON — Amid former Guatemalan Foreign Minister Gert Rosenthal’s shocking report about the UN’s leadership, policy and system failures in Myanmar the Southeast Asian member state has for all intent and purpose accomplished its ongoing national project of cleansing the strategic border region of Northern Rakhine off Muslims — most specifically ethnic Rohingya people.  Other ethnic communities like Kachin, Mon, Karen, Chin, Wa, and Shan also inhabit border or “peripheral” regions of Myanmar. 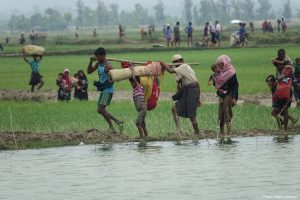 A Brief and Independent Inquiry into the involvement of the United Nations in Myanmar from 2010 to 2018 by Gert Rosenthal Report of the Secretary-General’s Internal Review Panel on United Nations action in Sri Lanka – November 2012 Photo Credit: UNHCR/Santiago Escobar-Jaramillo 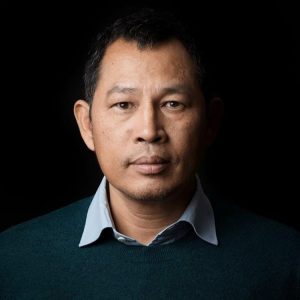 Killing six out of more than 200 detained villagers for different reasons is a lawless activity perpetrated by the Myanmar army, it’s an extrajudicial offence.  Such offences during an armed conflict are viewed as war crimes. When enemies surrender, you have to treat them well as prisoners of war. You are not allowed to bully and torture them. The Tatmadaw committed such offences in every ethnic region, they especially made trouble for hundreds of thousands of Muslims in Arakan State.  The Tatmadaw has carried out whatever they wanted to do for more than 40 years. They have killed monks, communists 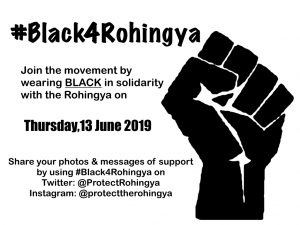 9 June 2019PRESS RELEASEProtect the Rohingya calls for the end of the Rohingya genocide! Join the movement by wearing BLACK in solidarity on Thursday, 13 June 2019 and remember to tweet your photos and messages of solidarity to us: @ProtectRohingya using the Hashtag: #Black4RohingyaThe Rohingya have been described as the world’s most persecuted minority by the United Nations. They live in Arakan State, Myanmar where they have been denied citizenship, freedom of movement, access to education and health services. They have been subject inter aliato land confiscations, arbitrary arrests, forced sterilisation, extortion, torture, rape and collective punishment. Their citizenship was 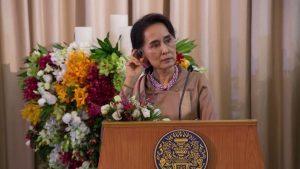 By Maung Zarni, Published by Anadolu Agency on June 8, 2019 Translation in Spanish| Turkish| Arabic |MalaysianNobel laureate and de-facto ruler of Myanmar is joining ranks of far-right leaders like India’s Modi, Hungary’s Orban ANKARA — The wire pictures from Budapest of a smiling Nobel Peace Laureate and Myanmar State Counsellor Aung San Suu Kyi shaking hands with Viktor Orban, Hungary’s president, strikes fear down my spine. That is, fear for my Muslim friends back home in Mandalay in particular and Myanmar’s Muslims in general, including the systematically persecuted Rohingya. The two reportedly exchanged their unconcealed fear and loathing of Muslims and migrants.  In Suu Kyi’s