By NPR | December 13, 2019 NPR’s Ari Shapiro talks with Yasmin Ullah, President of the Rohingya Human Rights Group, about the reaction among the Rohingya community to the ICJ proceedings at the Hague. Transcript ARI SHAPIRO, HOST:  A Nobel Peace Prize winner spoke in court this week and defended a military accused of genocide. Myanmar’s de facto leader Aung San Suu Kyi said her country’s soldiers were at times brutal, but she denied that they had tried to wipe out the Rohingya, a Muslim minority. (SOUNDBITE OF ARCHIVED RECORDING) AUNG SAN SUU KYI: Surely, under the circumstances, genocidal intent 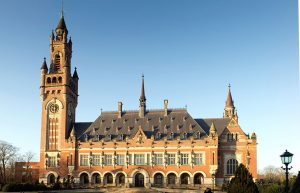 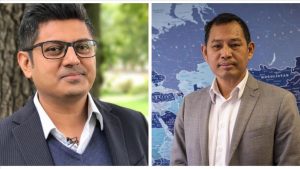 By Sorwar Alam | Published by Anadolu Agency on November 30, 2019 2 Myanmar Buddhist and leading Rohingya campaigners in Europe claim they face threats from Myanmar ANKARA  — Two leading figures of the Rohingya campaign in Europe are fearing for their lives after calls for their abduction were circulated in a racist video message.   London-based Maung Zarni and Germany-based Nay San Lwin said they were targeted by Aye Ne Win, a businessman who allegedly financed the genocide against the ethnic group in Myanmar. In a video circulated on social media, Win urged Myanmar’s intelligence service to launch an Israel-style 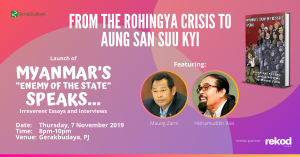 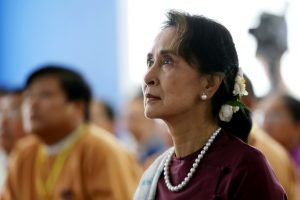 By Mehdi Hasan | Published by The Intercept on August 24, 2019 ISN’T IT TIME Nobel Peace Prize laureate Aung San Suu Kyi was indicted for war crimes and genocide at the International Criminal Court? This Sunday marks two years since the Burmese military, the Tatmadaw, arrived in Rakhine state, in western Myanmar, to launch a renewed campaign of terror and violence against the country’s long-persecuted Rohingya Muslim minority. Unspeakable crimes were committed by Burmese troops and vigilantes: Rohingya men hacked to death; children burned alive; women and girls raped and sexually assaulted in their hundreds and thousands. Scores of villages were pillaged and razed to the ground as more than 700,000 Rohingya were driven from their homes. 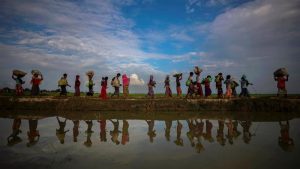 By Maung Zarni | Published by Al Jazeera on August 25, 2019 How can Myanmar reverse its anti-Rohingya policies if it has China and India as an example?  On August 25, Rohingya refugees and survivors in refugee camps, as well as their diasporic communities, commemorate the second Rohingya Genocide Memorial Day. On this day two years ago, a new campaign of genocidal violence was launched by the Myanmar military against the Rohingya. In recent months, small steps have been made to hold those responsible for this tragedy to account. The Prosecutor’s Office at the International Criminal Court is said to be determined to open a 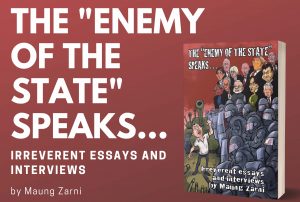 The web URL for pre-order is: https://www.gerakbudaya.com/enemyofthepeople Available 30 August 2019 “While the world’s academics and politicians were focused on the hopes for change conjured up by the charisma and fame of Aung San Suu Kyi, Zarni presciently warned of signs of more fundamental problems with the promised ‘transition’ agenda for Myanmar. Zarni’s various writings and interviews represent an unending attack on the misrepresentations of the Myanmar political, military, commercial, and monastic establishment and the misunderstandings of foreign actors who were beguiled by the promises of natural resources, trade wealth, and political change. Now, as the Myanmar Tatmadaw and the Lady have revealed 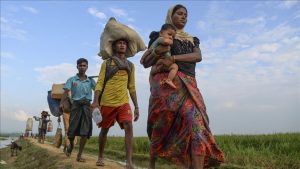 New anthology of Rohingya poets reflects resilience of a community driven away from their homeland Natalie Brinham, Yuriko Cowper-Smith and Maung Zarni | Published by Anadolu Agency on August 7, 2019 Rohingya poets featured in an anthology, I am Rohingya, write with an urgency and passion of genocide survivors. They reclaim their experience, their group identity and their agency from the victimhood that has framed their existence for so long.  The collection is the first of its kind to be translated and written in English, yet it speaks to the deep significance of all three languages in which the poetry 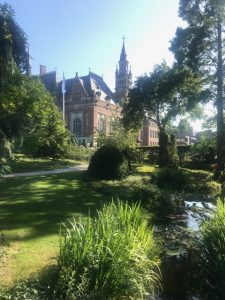 By Yuriko Cowper-Smith | Published by The Sentinel Project on August 13, 2019 Addressing the seemingly intractable Rohingya genocide and the humanitarian crisis in Bangladesh requires looking at all possible international legal options. The continued (in)action of the Burmese government demonstrates that state officials are unwilling to bring the perpetrators to account. As international pressure mounts for Myanmar’s government to change its conduct, various countries and actors in the international system have started to consider various legal channels. This article articulates a few means of recourse that can be used to introduce a modicum of accountability. The International Criminal Court 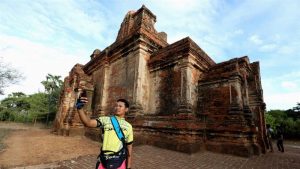 Myanmar, India and China have all pursued UNESCO World Heritage status for sites of mass victimisation of minorities.By Azeezah Kanji | Published by Al Jazeera on August 4, 2019 On July 6, the United Nations Educational, Scientific and Cultural Organization (UNESCO) announced the success of Myanmar‘s application to recognise the ancient Buddhist city of Bagan as a World Heritage Site – a boon for the image and tourism industry of a country accused by the UN‘s own fact-finding mission of committing genocide and crimes against humanity. While preserving the archaeological remnants of “the heart of the largest Buddhist empire of its time” (from the 9th to