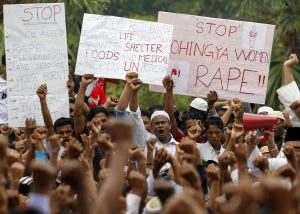 By Alice Cowley and Maung Zarni | Published by Middle East Institute on April 20, 2017 Sectarian-based conflicts — or at any rate, spasms of intercommunal violence characterized as such — are certainly not new. Nor is Iraq or, for that matter, the Middle East as a whole, the only locus of conflict depicted as being sectarian in nature, as the disturbing events in Burma/Myanmar, as well as in the Central African Repubic (CAR) and Nigeria clearly illustrate. With increasing frequency, media accounts of the civil war in Syria describe it in sectarian terms and report that the violence there