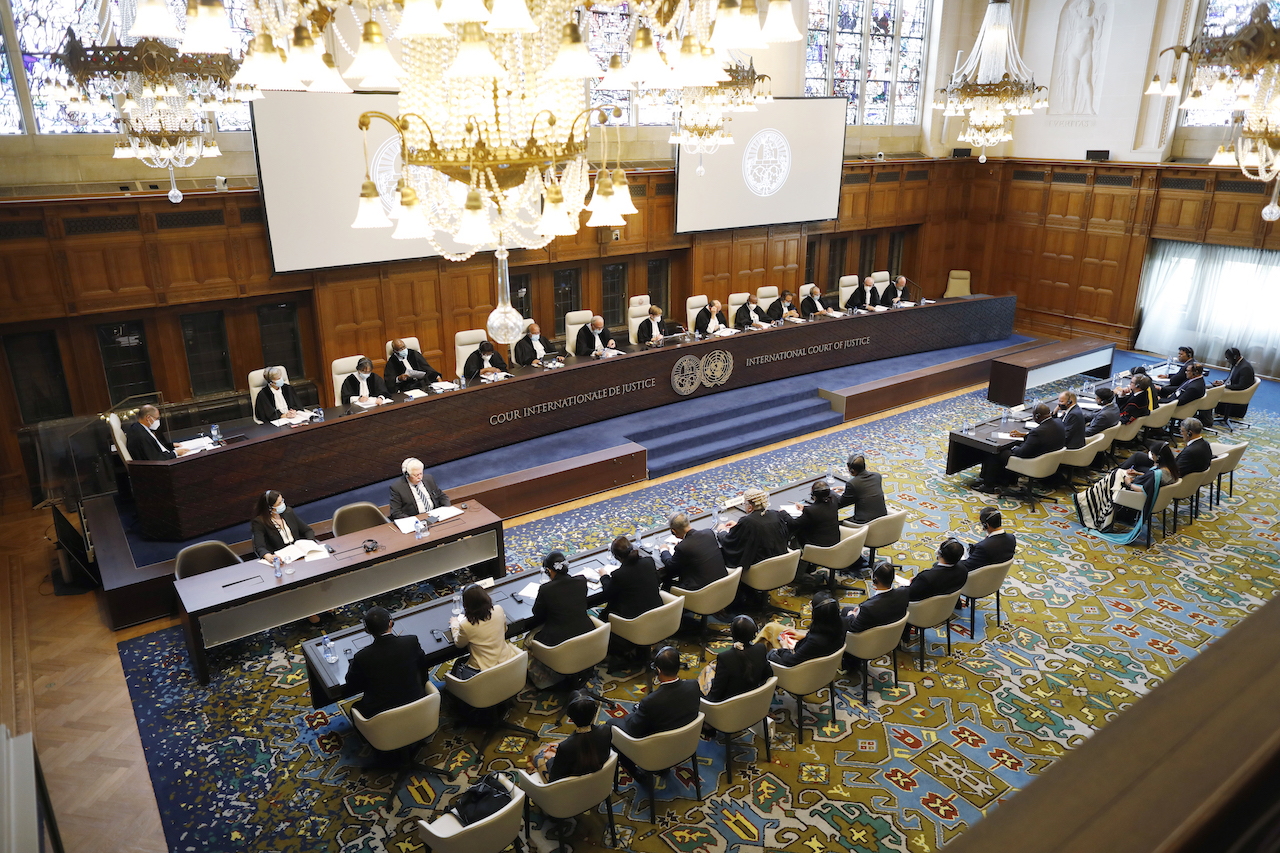 Free Rohingya Coalition welcomes and thanks the German and UK governments for their decision to intervene in the case of The Gambia vs Myanmar at the International Court of Justice. In yet another sign of the winds of change,  and on the day of the 5th anniversary of the Rohingya Genocide Remembrance Day, 25th August 2022, both states announced their historic decisions.

In Germany, a spokesperson of the German Federal Foreign Office announced, “…we support The Gambia in order to enforce international law and to strengthen it in the fight against human rights violations. Therefore, Germany will intervene in the proceedings before the International Court of Justice.”

In the UK, Minister for Asia, Amanda Milling, declared, “UK confirms its intention to intervene in The Gambia v. Myanmar International Court of Justice Case to support international justice efforts.”

Free Rohingya Coalition believes that these resolutions further reinforce the case against the Burmese military. The growing number of countries declaring their support for The Gambia now include Canada, the Netherlands and the Republic of Maldives. Additionally and significantly, in March of 2022, the US government formally determined that Myanmar military committed crimes of genocide and crimes against humanity against Rohingya.

“The reality is that the Burmese military will continue their atrocities across the country  as long as countries stand by and do nothing,” said Nay San Lwin, FRC co-founder and coordinator.  “This inaction is the source of their impunity and so it is heartening to witness these examples of practical political solidarity ,” he said.

The 5th anniversary of the Rohingya Genocide Remembrance Day should be a moment for the world to reiterate that “justice delayed in justice denied.” Over a million refugees are languishing in the camps of Bangladesh, waiting to be repatriated. There is a lost generation of children who receive little or no education.  In Rakhine State, Myanmar,  six hundred thousand Rohingya live precariously. Many have been interred in camps for over a decade. They are all at risk of catastrophic and genocidal violence by the Myanmar military.

Welcoming the decisions, Maung Zarni, FRC co-founder and coordinator, said, “Since the coup of February 2021, there has been non-stop abuse and violation of rights. The military have displaced hundreds of thousands, killed over 2200 people and are working their way through every war crime and genocidal act. Yet the people are fighting back with almost nothing. The least we expect is that countries pursue political, diplomatic and international legal mechanisms to help end the military’s impunity and impose accountability.”

Free Rohingya Coalition appeals to the USA to formally back the ongoing case brought by Gambia at the International Court of Justice (ICJ) which contends that Myanmar’s decades-long persecution of the Rohingya violates the Genocide Convention.  The US administration should consider the establishment of a special tribunal to try Myanmar military criminals under its own statutes concerning the crimes of genocide.  Moreover, whilst we recognise that The Gambia has support from the Organisation of Islamic Cooperation (OIC) countries, we appeal to individual OIC member states to formally declare and extend their support to The Gambia.

In conclusion, Free Rohingya Coalition appeals to all UN member states whose laws permit their judicial institutions to investigate and prosecute crimes under international law –  no matter where they are committed – to do so with respect to Myanmar.