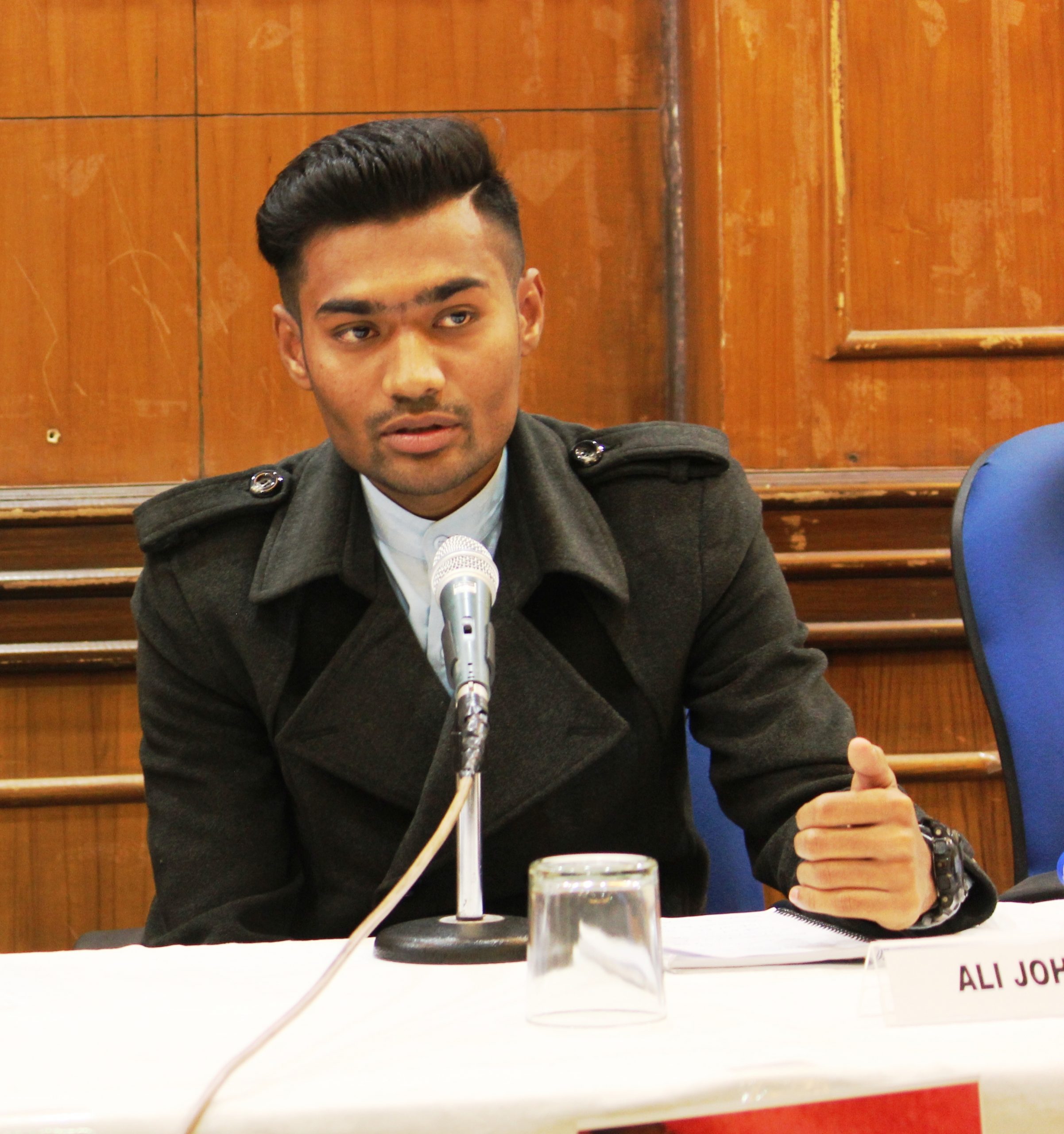 Founder of Rohingya Literacy Program, Education Coordinator of Rohingya Human Rights Initiative, and a “Global Youth Peace Ambassador” recognized by the Rajiv Gandhi National Institute of Youth Development (RGNIYD), under the Ministry of Youth Affairs and Sports, Government of India.

In recognition of his work towards peace and development, in 2017, Ali was awarded the South Asian People’s Choice Youth Leader Award by the International Youth Committee. Recently he has worked in an upcoming Bollywood movie named Rohingya as a dialogue writer & assistant to the Director.

Ali was born in Rakhine (formerly known as Arakan) in Myanmar. He was only 10 when he had to flee Myanmar to find refuge in Bangladesh in 2005, then to Delhi in 2012.

Member of organizing committee to International Convention on Rohingya Genocide, April 2018, New Delhi. Organized at Mavlankar Auditorium with more than one thousand attendees were ministers and Ambassadors from different countries were guest speakers. And has been part of many panels & press conferences on the Rohingya crisis.

Glance to some of his writings

· Co-Editing “The Rohingya Experience in India”, The first book written by Rohingyas on the Rohingya crisis, to be published soon.

· Title: Aung San Su Kyi says there is no ethnic cleansing, I too agree with her because ethnic cleansing is a very soft word to use, it’s a Genocide going on there. (A. Johar, 16 April 2017)

· Co-authoring “Integration of Rohingya Refugees in the Education System”, a case studies of Refugees in Towns, New Delhi. (G. Kanduja & A. Johar)

· “Giving back” to the researched community? A conversation between a researcher and researched refugee. (J. Field and A. Johar), Humanitarian and Conflict Response Institute, University of Manchester