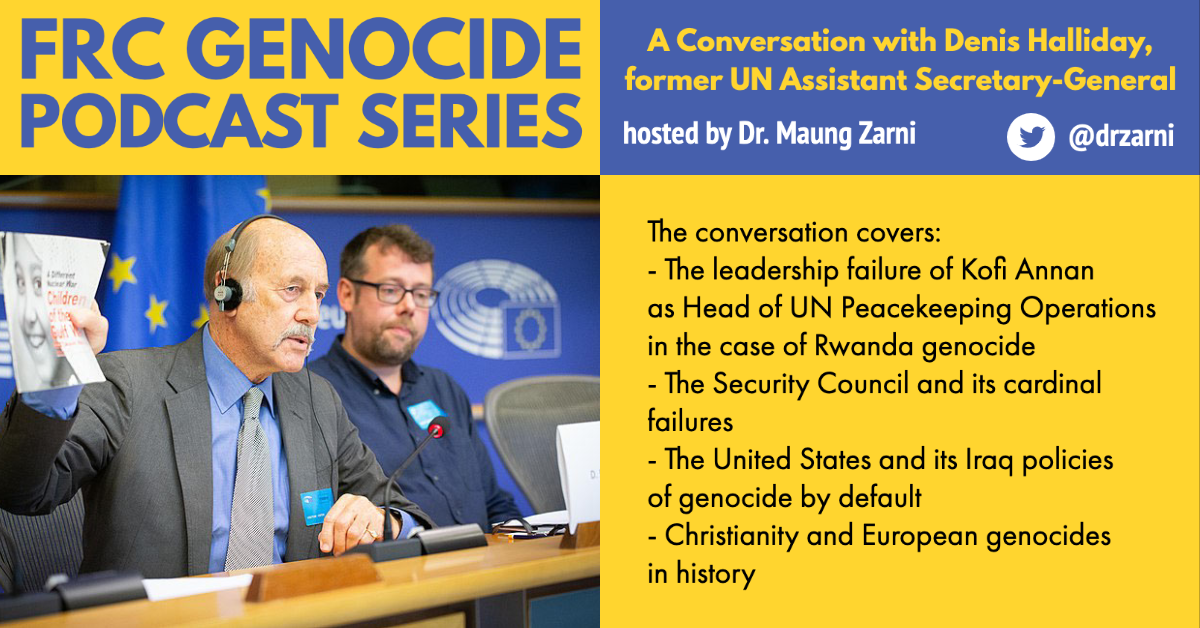 Raised in an Irish family of Quakers, Denis J. Halliday was the United Nations Humanitarian Coordinator in Iraq from 1 September 1997 until 1998. He was previously Deputy Resident Representative to Singapore of the United Nations Development Programme. He is Irish and holds an M.A. in Economics, Geography and Public Administration from Trinity College, Dublin.

After a 34-year career at the United Nations, where he had reached Assistant Secretary-General level, Halliday resigned in 1998 over the Iraq sanctions, characterizing them as “genocide”. Mr Halliday – now 79 – was a member of the Panel of Judges in the Permanent Peoples Tribunal on Sri Lanka at Bremen, Germany (2013) and the PPT on Myanmar in London, UK (2017) and has been very active in the peace and justice movements, from Rohingyas and Palestinians to Eelam Tamils to anti-militarism civil disobedience.