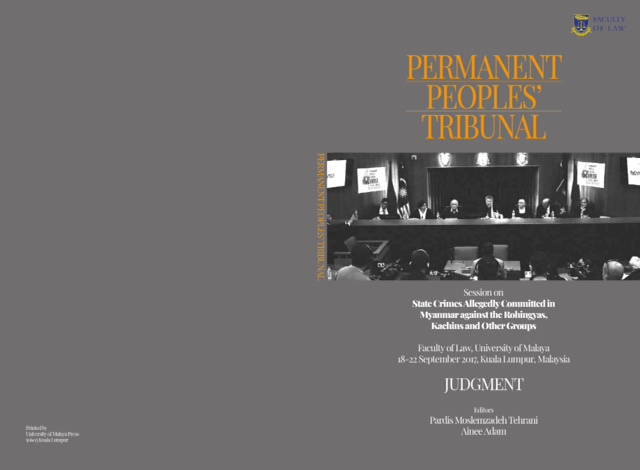 A Call for Justice and Action for Myanmar

One year after the PPT Judgment on the genocide