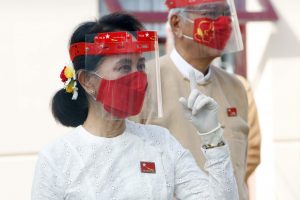 By Maria Siow | Published by SCMP on September 26, 2020 Ongoing ethnic conflicts and the plight of the Rohingya don’t appear to have taken the shine off ‘The Lady’ with votersHer National League for Democracy are favourites to win on November 8 – though Covid-19 could prove a curveball, as could a surge for ethnic parties During the 15 years Aung San Suu Kyi was kept under house arrest by Myanmar’s military leadership, she was seen as an icon of democracy and a glimmer of hope for the people of the Southeast Asian country.Now, five years after her National League for Democracy (NLD) party took power