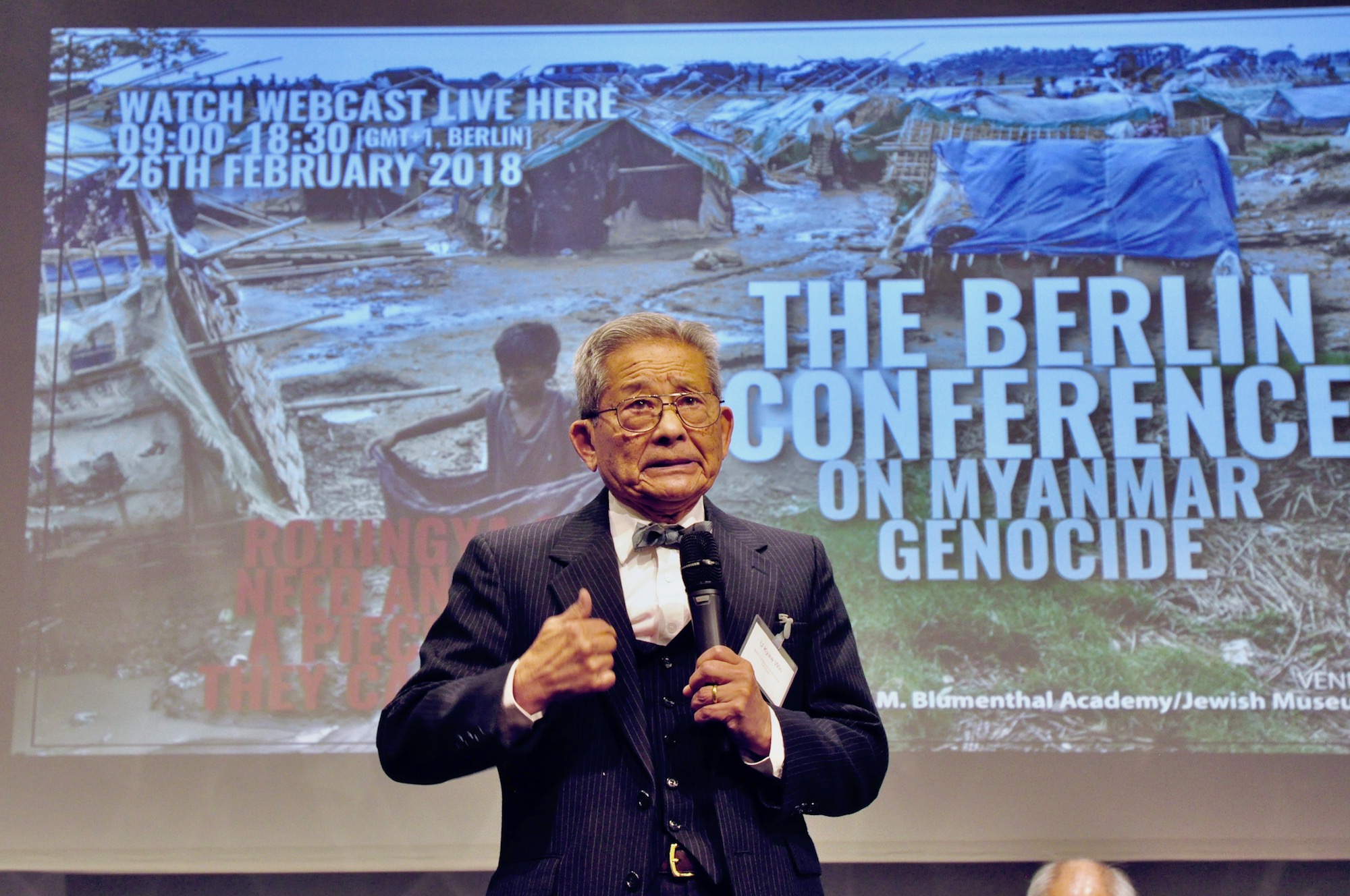 Professor Emeritus U Kyaw Win, (“WIN”) born 1934 in Burma, came to America in 1952  after graduating from Woodstock School, in India’s Himalayas.  He is a graduate of Arizona State University (BS), The American University (MA) and University of Southern California (MEd, PhD).  An early outspoken critic of the Burmese military regime, he published and edited The Burma Bulletin, 1973-1992, for which he was exiled by the regime for forty-eight years. He retired in 1998 from Orange Coast College, Costa Mesa, California, after a 30-year teaching career (psychology) and counseling.  His prior employment took him to the Indian and Indonesian embassies in Washington, DC; Kingswood School in Kalaw Burma; US Embassy in Rangoon, Burma and the US Army Language School (later Defense Language Institute) at the Presidio of Monterey in California.  He was special advisor to the cast and crew for the filming of the John Boorman motion picture “Beyond Rangoon” in Malaysia, 1993-94, and had two small cameos in it. U Kyaw Win is the author of  “My Conscience: An Exile’s Memoir of Burma” published by Resource Publications, an imprint of Wipf and Stock Publishers, 2016.  In retirement, he continues to be engaged in Burmese affairs by speaking out against its military’s persecution of Burma’s ethnic Chin, Karen, Kachin, Mon, and Shan peoples and its genocidal campaigns against the Rohingyas, a downtrodden Islamic community who for many generations have lived in Burma’s Northern Arakan, which borders Bangladesh.   He is deeply involved with helping orphanages in India, Indonesia, Kyrgyzstan, and Thailand, using his own resources and donations received from friends, to help refugees on the Burma-Thailand border with their medical care and survival needs. In November 2017, he was invited by the Bangladeshi Foreign Minister Abul Ali to visit a Rohingya Refugee Camp in Cox’s Bazar.  He was also asked to speak at an international symposium ending genocide in Burma held at the University of Dhaka, 29 Nov 2017, at the Berlin Conference on Myanmar Genocide, 26 Feb 2018, and at the University of Colorado Boulder’s  70th Conference on World Affairs, 9-13 April 2018. He is married to Indonesian-born Gandasari (PhD), for sixty years.  They are parents of two grown children and two grandchildren.  He and his wife live in Boulder County, Colorado.