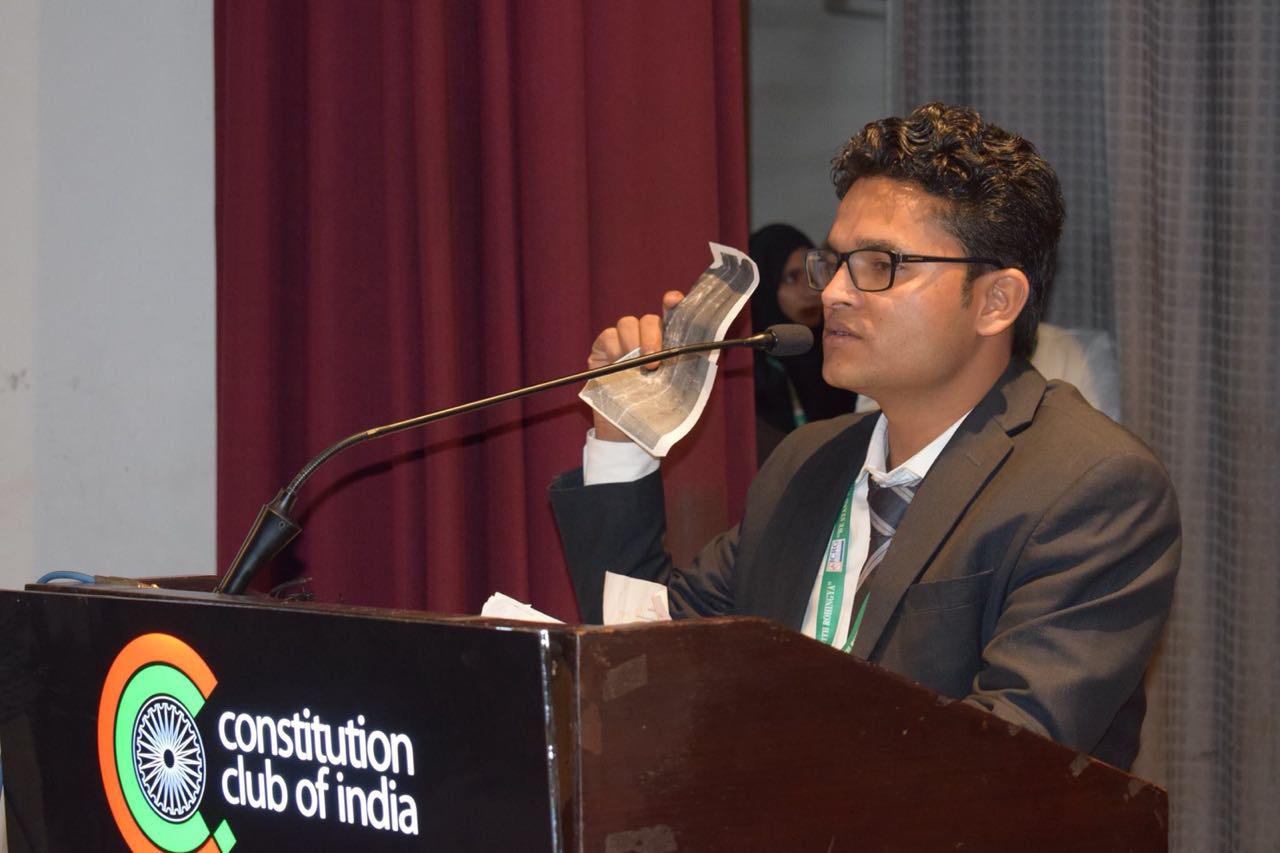 Sabber was born in Kingdong village in Buthidaung Township, Arakan State, Myanmar. He studied there and left country in 2003 to search a better life in Bangladesh but ended up his life as refugee in India since 2005.

In India, he worked with UNHCR as an interpreter for four years as he speaks several languages such as Burmese, Rohingya, Rakhine, Urdu, Hindi and English. He founded the organization called Rohingya Human Rights Initiative in 2017 which is registered as a Public Charitable Trust and non-profit, non-governmental organization currently running by young Rohingya activists mostly based in New Delhi.

Their organization’s aim is to advocate internationally for the rights of persecuted Rohingya community and highlight human rights violations suffering by Rohingya in Bangladesh, India and Myanmar. As a provider of daily news update they work with international new agencies such as Al Jazeera, BBC, German TV, etc.

The entire important dimension of their work is the protection and development of Rohingya refugees in India. Their organization work directly with about 3000 vulnerable Rohingya in India and indirectly for the remaining.

They provide education to Rohingya children, emergency relief to vulnerable Rohingya, livelihood skills to women, sports opportunities to Rohingya youth and rescue detained and jailed Rohingya in India. They do our work in coordination with INGOs (such as UNHCR, Amnesty International) and other NGOs working with Rohingya community in India and Indian government agencies, and advocate nationally for better protection, rights and access to services.

Their works were done in accordance with the rule of law of India. Their activities and annual reports are shared with the UN Human Rights Council, the Canadian Embassy in India, the EU, the American Embassy and the Indian Government.