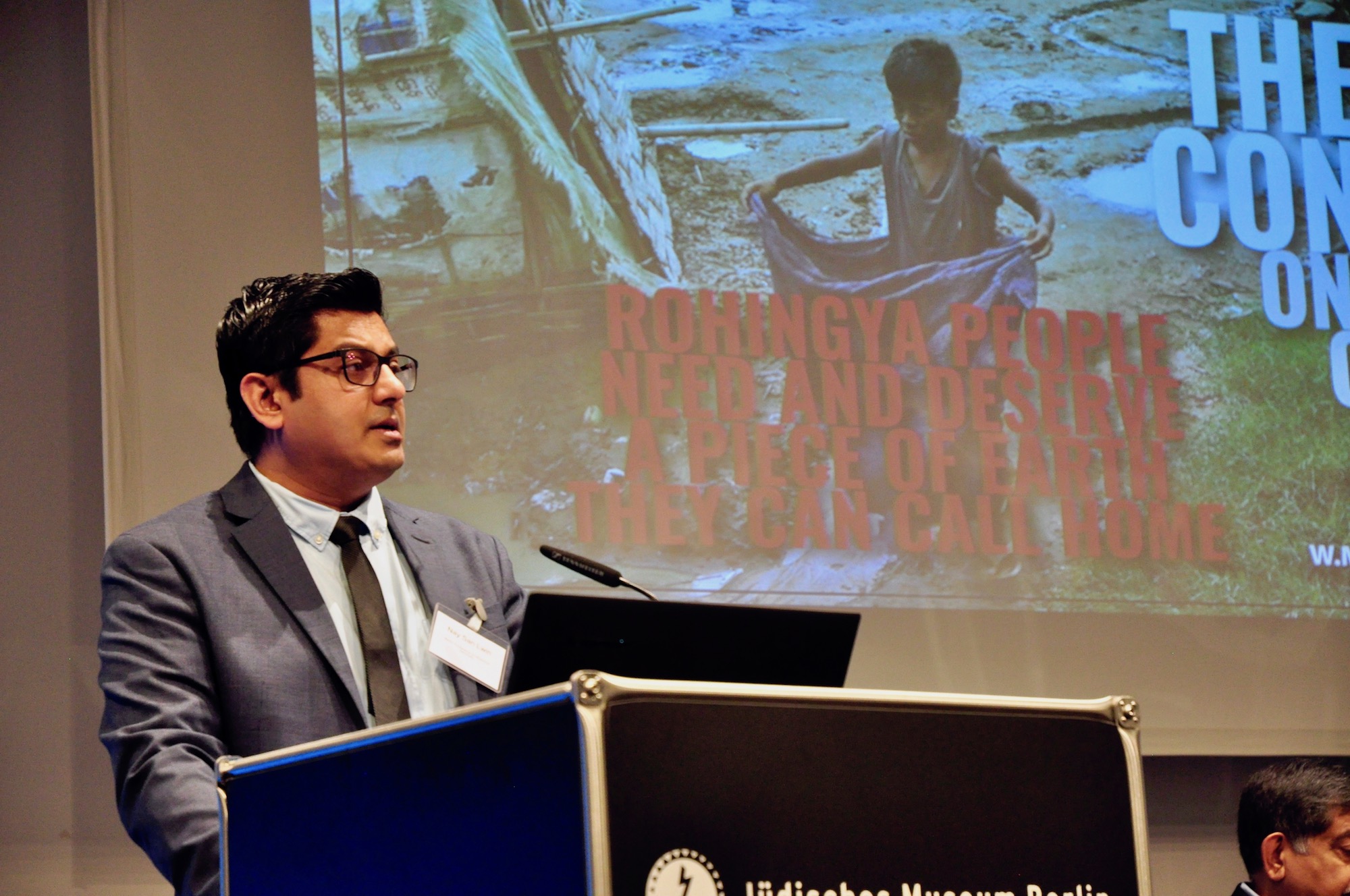 Nay San Lwin is a Rohingya activist and blogger. For the past 18 years, since his departure from Myanmar, he has been documenting human rights violations and the military campaigns of the Tatmadaw in Arakan State of Myanmar. He is a prolific commentator on Rohingya issues on radio, television channels and other mainstream media outlets.

He views his prime role as a passionate campaigner, providing an up-to-date information service, verification and fact-checking, including situation updates and analyses. His work entails voluntarily advising and providing information to various governments, human rights organizations, United Nations staff, journalists and others in order to assist their efforts to bring focus on the Rohingya and Myanmar’s genocidal strategies.

Nay San Lwin was publicly attacked by the Myanmar presidential office and state counsellor’s office for his role in getting out news about military atrocities in Northern Arakan State.

Nay San Lwin was born in Buthidaung, and raised in Rangoon. His parents were civil servants in Myanmar. His grandfathers were high-ranking officers in Buthidaung Township, Arakan State. His great-grandfather Mr. Abdul Zolil was officially recognized as an indigenous person in Burma.