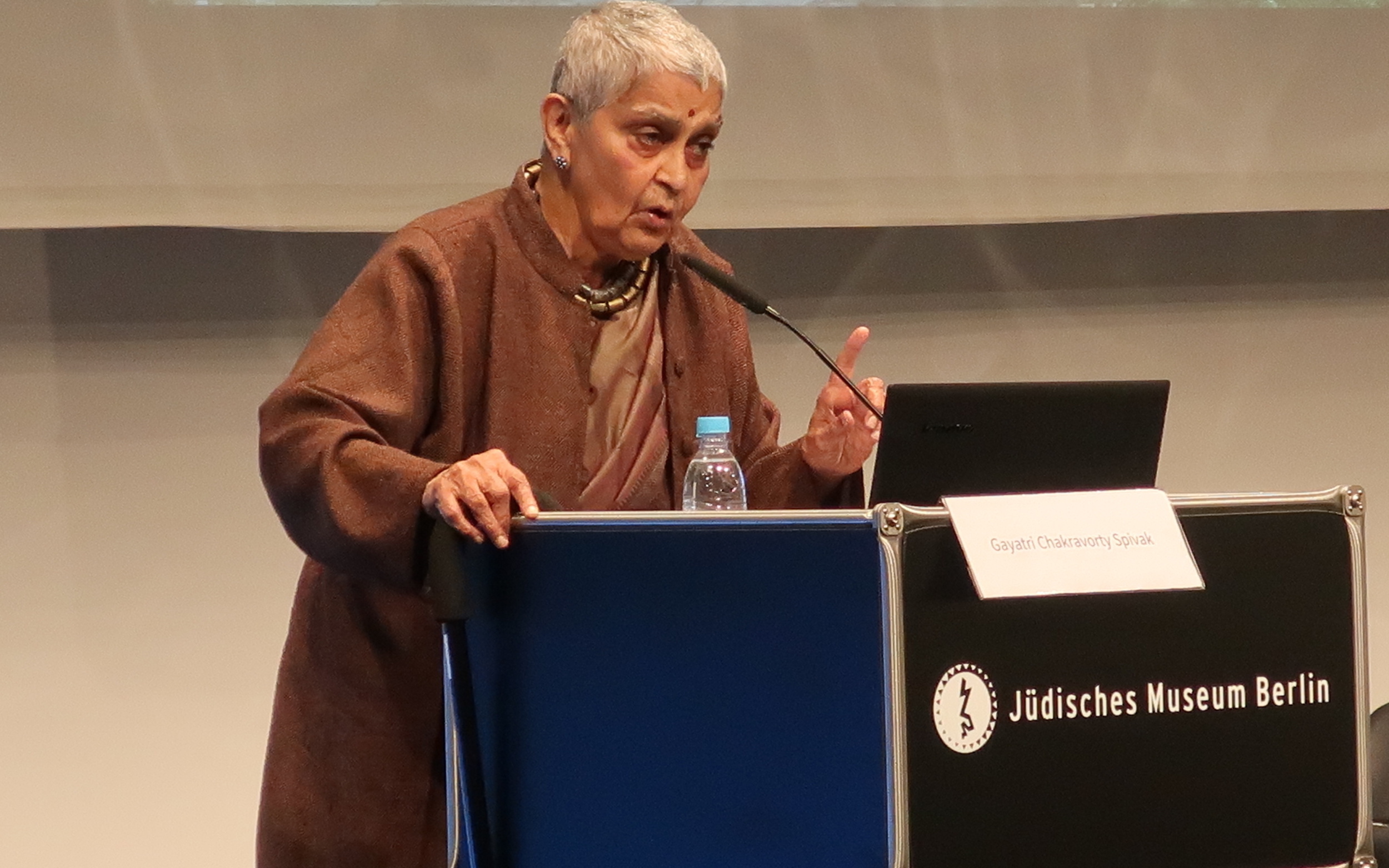 Gayatri Chakravorty Spivak is one of the world’s foremost literary theorists. She is a University Professor at Colombia University and a founding member of the Institute for Comparative Literature and Society. Spivak is best known for her essay ‘Can the Subaltern Speak?’ and for her translation of, and introduction to, Jacques Derrida’s Of Grammatology (Johns Hopkins University Press, 1976). In 2012, Spivak was awarded the Kyoto Prize in Arts and Philosophy as a critical theorist and educator speaking for the humanities against intellectual colonialism in the face of the globalised world. In 2013, she received the Padma Bhushan, the third highest civilian award given by the Republic of India. She has received eleven honorary doctorates and the Chevalier of the Ordre des Arts et des Lettres by the Government of France. She has published a number of articles and books, including In Other Worlds: Essays in Cultural Politics(Routledge, 1987); The Post-Colonial Critic – Interviews, Strategies, Dialogues (Routledge, 1990); A Critique of Postcolonial Reason: Toward a History of the Vanishing Present (Harvard University Press, 1999); Other Asias (Blackwell Publishing, 2008); An Aesthetic Education in the Era of Globalization (Harvard University Press, 2012); and Readings (The University of Chicago Press, 2014). She is the 2018 recipient of the Lifetime Scholarly Achievement Award from the Modern Language Association of America. Watch Professor Spivak’s Keynote Address at the Berlin Conference on Myanmar Genocide, The Jewish Museum of Berlin, 26 Feb 2018