Skip to content
Home > Archive for In the News (Page 2) 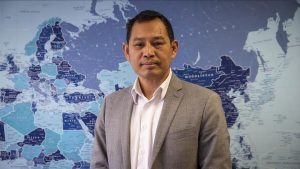 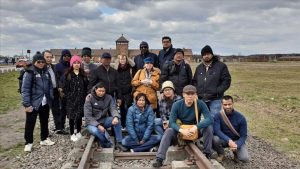 By Maung Zarni | Published by Anadolu Agency on March 30, 2020 Genocides start with an act of framing human community, with their distinct group identity, typically vulnerable and weak, as ‘a virus’ or ‘existential threat’ LONDON — The SS, Hitler’s ruthless deliverers of death, came to believe their own racially-charged propaganda about diseases being spread by Jews in Nazi-occupied Europe. They succumbed to their own fears of viruses and other contagions. So much so, that during the deportations of Jews from the ghetto to the camps, the SS troops in Krakow would not enter the Jewish ghetto hospital set up 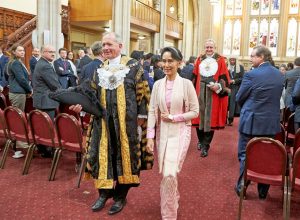 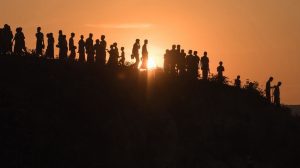 By Nay San Lwin | Published by The Daily Star on March 5, 2020 If you look at the major cities around the world, from New York to London, you will find the Rohingya are there. You can be sure that wherever they are, be it in Riyadh or Vancouver, they have gone by one of three routes—seeking asylum, UN agency resettlement or entry with a counterfeit passport from a third country. And so it is, that an estimated 42,000 Rohingya are in Saudi Arabia. Worryingly, they face deportation to Bangladesh. The situation has arisen because in the last four 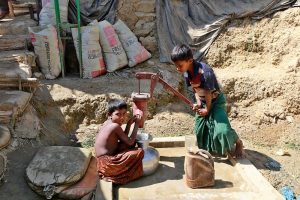 By Maung Zarni | Published by FORSEA on February 12, 2020 It is long overdue for ASEAN to sync its policies towards Myanmar with international opinion, legal and human rights, and the global public. On January 23, 2020, the International Court of Justice, the UN’s highest judicial authority which handles legal disputes among the member states, announced its decision to proceed with The Gambia vs Myanmar and issued the provisional measures aimed at preventing (further) genocidal acts against Myanmar’s Rohingya people and at protecting the evidence of the past atrocities which Myanmar troops committed against the ethnic minority community in 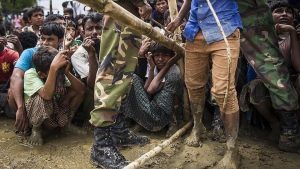 By Maung Zarni | Published by Anadolu Agency on February 12, 2020 Genesis of sustained, institutionalized destruction of Rohingya is anchored in group’s identity as Muslims LONDON — The International Court of Justice’s Jan. 23 interim order in a case filed by Gambia against Myanmar is designed to protect the Rohingya and preserve the crime sites. It has brought a sense of vindication to several million Rohingya victims – in the diaspora, inside Myanmar, and in refugee camps in Bangladesh. It was by far the most significant act the international community has taken since the Rohingya have been subjected to a national policy 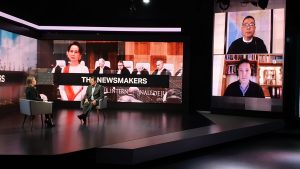 The International Court of Justice (ICJ) ruled that Myanmar’s government must protect the Rohingya Muslim minority from acts of genocide. That was despite a robust defence from de facto leader Aung San Suu Kyi. Once a human rights champion, the Nobel Peace Prize winner has seen her international reputation crumble, after she defended the very military that had locked her away for 15 years. Suu Kyi and her government reject the ruling, and condemn human rights groups for painting a distorted picture. Guests: Maung ZarniCo-ordinator of Free Rohingya Coalition Nyo Ohn MyintFormer Member of Myanmar’s National League for Democracy Michael 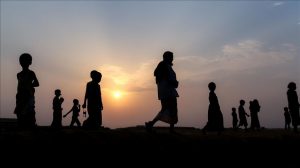 By Maung Zarni | Anadolu Agency | January 24, 2020 Historic decision of World Court makes voice of Rohingya Muslims eventually heard after years-long persecution LONDON — Rohingya around the world on Thursday shared a pervasive sense of vindication after four-decades of policy-inflicted sufferings at the hands of Myanmar state which has systematically sought to destroy their identity and physical existence in the country.  The historic interim decision on Myanmar genocide by the International Court of Justice (ICJ), tasked principally to adjudicate legal disputes among UN member states, has made several millions Rohingya — in the camps in Bangladesh, in the diaspora and inside 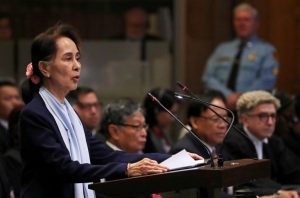 By Maung Zarni | Published by The Washington Post | January 15, 2020 Maung Zarni is the co-founder of FORSEA, a grass-roots organization of Southeast Asian human rights defenders, and the co-author of “Essays on Myanmar’s Genocide of Rohingyas.” Last month, Myanmar’s de facto leader Aung San Suu Kyi took the stand at the International Court of Justice (ICJ) in the Hague to rebut allegations that her country’s systematic persecution of its Rohingya population amounts to genocide. Aung San Suu Kyi, once lionized for her stand against an oppressive military dictatorship, strenuously denied the charges — despite reams of evidence and the presence of nearly