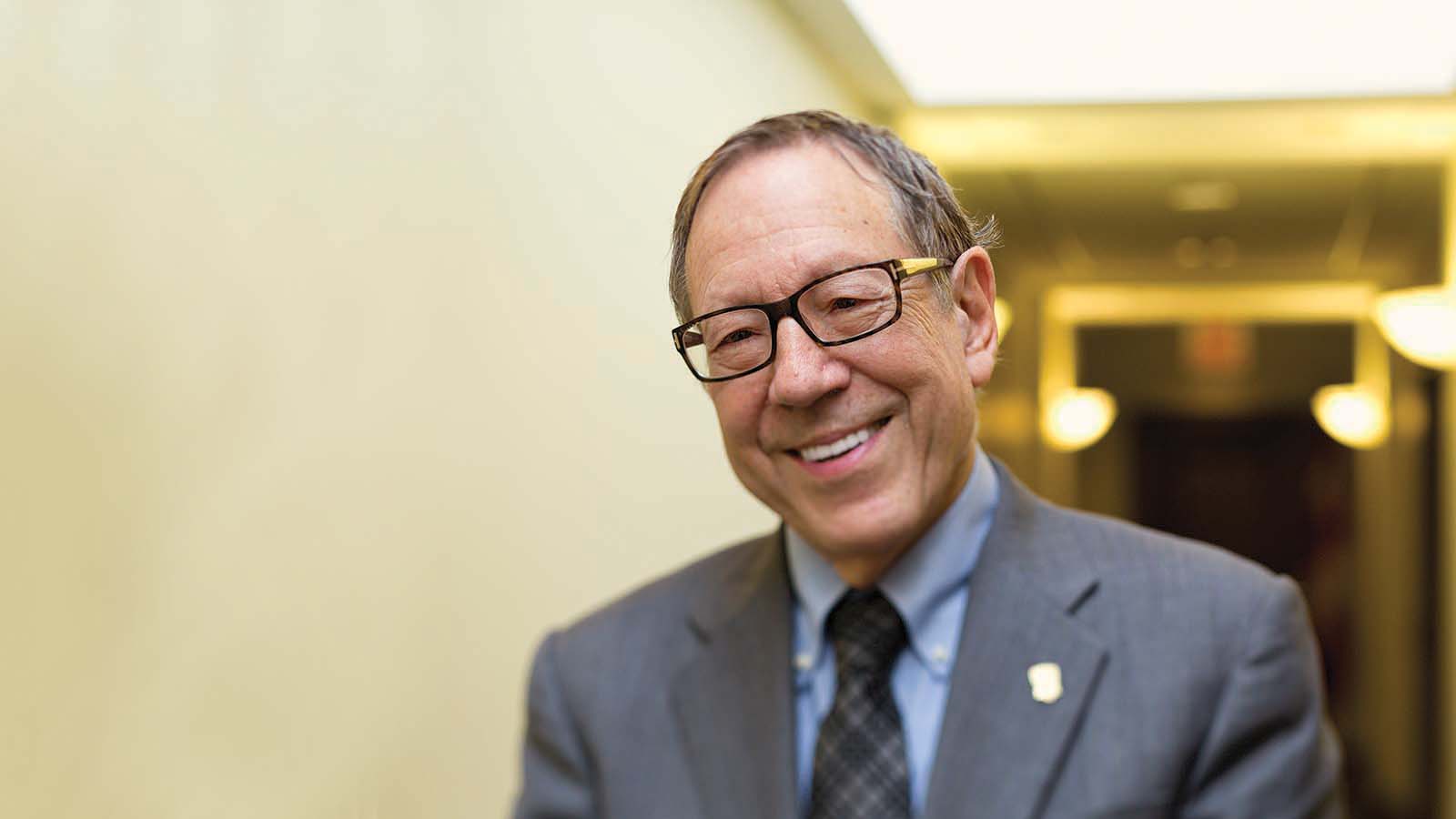 The Honourable Irwin Cotler, P.C., O.C. Irwin Cotler is the Founder and Chair of the Raoul Wallenberg Centre for Human Rights, an Emeritus Professor of Law at McGill University, former Member of Parliament, former Minister of Justice and Attorney General of Canada, and an international human rights lawyer. A constitutional and comparative law scholar, Professor Cotler intervened in landmark Charter of Rights cases in the areas of free speech, freedom of religion, minority rights, peace law and war crimes justice. As Minister of Justice and Attorney General, Irwin Cotler initiated the first-ever comprehensive reform of the Supreme Court appointment process and helped make it the most gender- representative Supreme Court in the world; appointed the first-ever aboriginal and visible minority justices to the Ontario Court of Appeal; initiated the first-ever law on human trafficking; crafted the Civil Marriage Act, the first-ever legislation to grant marriage equality to gays and lesbians; issued Canada’s first National Justice Initiative Against Racism and Hate; and quashed more wrongful convictions in a single year than any prior Minister.  Cotler also made the pursuit of international justice a government priority, including heading the Canadian delegation to the Stockholm Conference on the Prevention and Combatting of Genocide; affirming the Responsibility to Protect Doctrine as a centerpiece of Canadian policy for the prevention and combating of mass atrocity; initiated the first-ever prosecution under the War Crimes and Crimes Against Humanity Act; and intervened in the Mugesera case, which established the important principle and precedent that the very incitement to genocide constitutes the crime whether or not acts of genocide follow.  A leading Parliamentarian on the global stage, he has been Chair of the Inter-Parliamentary Group for Human Rights in Iran; Chair of the Inter-Parliamentary Group of Justice for Sergei Magnitsky; Chair of the All-Party Save Darfur Parliamentary Coalition; Chair, Canadian section, of the Parliamentarians for Global Action and Member of its international council; and Chair of the first-ever Parliamentary Assembly for an International Criminal Court.  An international human rights lawyer, Professor Cotler has served as Counsel to prisoners of conscience including Andrei Sakharov & Natan Sharansky (former Soviet Union), Nelson Mandela (South Africa), Jacobo Timmerman (Latin America), Prof. Saad Eddin Ibrahim (Egypt) and was a Member of the International Commission of Inquiry into the Fate and Whereabouts of Raoul Wallenberg. He is a Member of the International Legal Team of Chinese Nobel Peace Laureate Liu Xiaobo, and more recently became international legal counsel to imprisoned Saudi blogger Raif Badawi, Venezuelan political prisoner Leopoldo López, and Shi’ite Cleric Ayatollah Boroujerdi in Iran. A feature article on him in Canada’s national magazine – Maclean’s – referred to him as “Counsel for the Oppressed”, while the Oslo Freedom Forum characterized him as “Freedom’s Counsel.”
He is the recipient of eleven honorary doctorates, where he has been recognized as “a scholar and advocate of international stature” (as cited in his various honorary doctorates). He has been named an Officer of the Order of Canada, Canada’s highest civilian award and is the recipient also of the Queen Elizabeth II Diamond Jubilee Medal. He has recently been awarded the Canadian Bar Association’s President’s Award; was the first Canadian recipient of the International Raoul Wallenberg Foundation’s Centennial Medal; the first recipient of the Romeo Dallaire Award for Human Rights Leadership; the recipient of the Sir Zafrullah Khan Award for Distinguished Public Service; the recipient of the Dalhousie University 2015 Ethical Leadership Award; and one of the recipients of the 2015 Sergei Magnitsky Human Rights Award.  He was elected 2014 Canadian Parliamentarian of the Year by his colleagues, and recently received the Law Society of Upper Canada’s Inaugural Human Rights Award. Raoul Wallenberg Centre