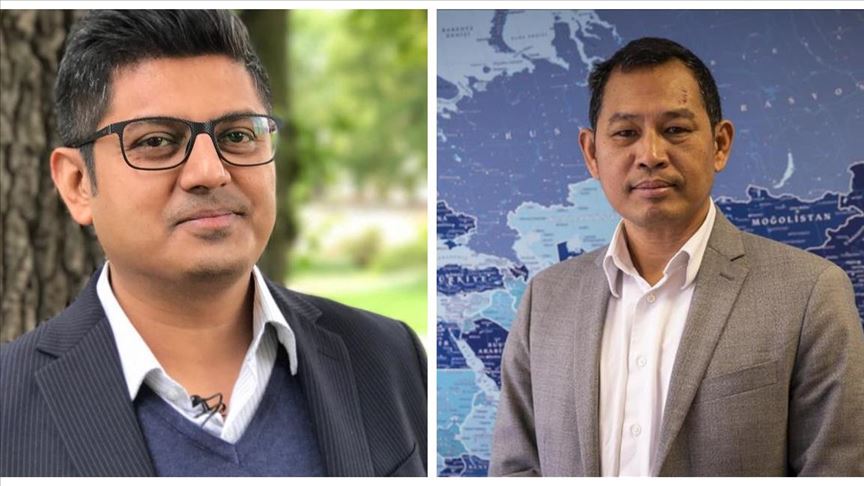 By Sorwar Alam | Published by Anadolu Agency on November 30, 2019

ANKARA  — Two leading figures of the Rohingya campaign in Europe are fearing for their lives after calls for their abduction were circulated in a racist video message.

London-based Maung Zarni and Germany-based Nay San Lwin said they were targeted by Aye Ne Win, a businessman who allegedly financed the genocide against the ethnic group in Myanmar.

In a video circulated on social media, Win urged Myanmar’s intelligence service to launch an Israel-style operation to kidnap the two activists.

He can be seen as saying: “Concerning Maung Zarni and Nay San Lwin, it is high time for Myanmar military intelligence services to launch an Israeli-style kidnap operation that captured Eichmann in South America.

“These creatures should not dare to come to our country. They scream foul from abroad but they need to be tried here [In Myanmar].”

Zarni told Anadolu Agency that he was taking these threats very seriously.

“We are taking this very seriously as it came from one of the richest and most racist men in Myanmar — Aye Ne Win,” he said.

Win, the grandson of Gen. Ne Win, is widely known to be one of the key financiers of the genocidal monk group known as Ma Ba Tha, according to Zarni.

“The [Myanmar’] military-intelligence-run proxy news organizations have been running extremely vitriolic attacks on us – with our pictures as ‘enemies of the state’,” he underlined.

“We are taking these latest developments very seriously… Both of us are informing our respective government agencies, including local police,” Zarni added.

Lwin and Zarni will be attending the International Court of Justice hearing on Dec. 10, 11 and 12.

Amnesty International said that more than 750,000 Rohingya refugees, mostly women and children, have fled Myanmar and crossed into Bangladesh after Myanmar forces launched a crackdown on the minority Muslim community in August 2017, pushing the number of persecuted people in Bangladesh above 1.2 million.

Since Aug. 25, 2017, nearly 24,000 Rohingya Muslims have been killed by Myanmar’s state forces, according to a report by the Ontario International Development Agency (OIDA).

More than 34,000 Rohingya were also thrown into fires, while over 114,000 others were beaten, said the OIDA report, titled “Forced Migration of Rohingya: The Untold Experience.”

Some 18,000 Rohingya women and girls were raped by Myanmar’s army and police and over 115,000 Rohingya homes were burned down and 113,000 others vandalized, it added.