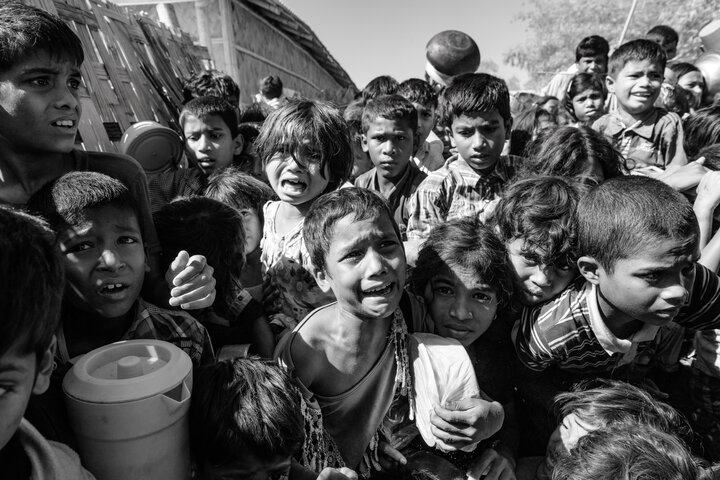 Cox’s Bazar, Bangladesh: The Free Rohingya Coalition, the world’s largest activist network of Rohingya refugee activists, and their Burmese and international supporters working to end the group’s decades-long genocidal persecution by Myanmar, unequivocally welcome and endorse the call made by the UN Independent International Fact-Finding Mission on Myanmar (FFM) “to cut off all financial and other support to Myanmar’s military” and to initiate worldwide isolation of the military commanders.

The Coalition first announced its intention to launch the total boycott of Myanmar because of the UN member-state’s continuing atrocity crimes against Rohingya and other national minorities at its conference held at Barnard College/Columbia University earlier this year – during which the FFM-member Radhika Coomaraswamy delivered a keynote address.

Khin Maung, a Rohingya survivor in Cox’s Bazar camp in Bangladesh and a leading youth voice, said, “my fellow refugees here greatly appreciate the FFM’s timely call for stepping up international pressure on Myanmar military commanders whose troops mass-raped and genocidally slaughtered, with a blanket impunity, thousands of our children, women, men and elderly people.”

He continues, “I would like to stress that it was not simply the senior-most military commanders who have evidently commissioned gravest crimes against both Rohingya and other national minorities in Rakhine, Kachin and Shan states. As FFM’s authoritative report of September 2018 itself noted, Aung San Suu Kyi’s elected civilian leadership is guilty of ‘crime of omissions’ and fully complicit in the military’s atrocity crimes.”

Besides the several chronic waves of state-directed expulsion of Rohingya people from Western Myanmar state of Rakhine or Arakan since 1978, which numerous research studies have documented so thoroughly, Rohingya people have been singled out for institutionalized forms of persecution, with genocidal intent.

Their freedom of physical movement is severely restricted even within the predominantly Rohingya region of Northern Rakhine. As a result of decades of educational deprivation, the overwhelming majority of Rohingyas adults are rendered illiterate. According to the Harvard Medical School study published in the Lancet in 2016, Rohingyas have been systematically denied access to even primary health care: the doctor-patient ratio for Rohingyas in the two predominantly Rohingya large-townships of Buthidaung and Maungdaw is a staggering 1:160,000 (as opposed to the national average of 1:2,000). Sub-Saharan-like severe-acute malnutrition or near-famine-like policy-induced condition is pervasive among Rohingya children under the age of 5. Professor Amartya Sen, the world’s leading scholar on famines, has called Myanmar’s persecution of Rohingyas “the slow genocide” via “institutionalized killing”.

Nay San Lwin, the Rohingya Blogger and Free Rohingya Coalition coordinator for media relations and campaigns, said, “This UN Mission’s call for isolation and withdrawal of support to Myanmar military came at a very crucial time. To our deep dismay, Aung San Suu Kyi is whitewashing the killing fields of Rakhine as a new economic frontier ripe for foreign investment. The investors’ need to know that these are crime sites where thousands of our innocent Rohingyas were slaughtered and hundreds of our villagers were burned and bulldozed to the ground.” The Germany-based Rohingya refugee points out that “to invest in Myanmar, whether in the military’s conglomerates or crony-controlled enterprises, should be as morally unacceptable as pouring foreign investment dollars or euros in projects designed to turn Auschwitz and Dachau into vast complexes of assembly lines to produce VWs, BMWs, Audis and Mercedes Benzes.”

In February this year, Myanmar State Counsellor Aung San Suu Kyi assembled at Rakhine Investment Forum where she said to more than 600 business representatives that “much of Rakhine’s economic potential still remains untapped”. Suu Kyi pointed to many promising fields including tourism and aquaculture, despite worldwide condemnations for her complicity in Myanmar’s state crimes and activists’ calls for tougher and more comprehensive economic sanctions.

Zarni added, “of all the prosecutable crimes under international law, genocide is widely perceived, wrongly or rightly, as the most heinous. As Burmese and Rohingya activists working to find effective ways to end the ongoing genocide, we are also heartened to learn about the discussions taking place about the jurisdiction of the International Court of Justice under the Genocide Convention. While international justice mechanisms to hold Myanmar accountable for its state crimes are being explored, foreign investors should draw the line somewhere: no country, that is, both the society at large and the regime in power, should be allowed to conduct business as usual.”

The Burmese activist stresses that Asian civil societies and businesses bear the greatest moral responsibility, since Asian investors are among Myanmar’s biggest investors.

Zarni urges, “Asia’s civil society groups should heed the call for financial isolation of Myanmar military by the Fact-Finding Mission. To my dismay, we Asians have been rather morally indifferent through our crime of silence when it comes to mass atrocities committed in our backyards, be they the genocidal violence against the Chinese in Indonesia in 1965 or the Khmer Rouge genocide in the mid-1970’s. It is high time that Asian human rights activists and campaigners should pressure Asian investors in their respective countries with ties to Myanmar to end or shun the genocidal government of Aung San Suu Kyi.”

According to the data from the Ministry of Investment and Foreign Economic Relations, the Myanmar Investment Commission has approved $2.5 billion-worth of foreign investment plans in 2019. This year Singapore, Myanmar’s ASEAN neighbour, has surpassed China as the biggest investor.

Despite Britain’s official criticisms against Myanmar over crimes against humanity and other grave crimes in Rakhine, the British investment in the Southeast Asian country has been increasing significantly. Canada also emerges as a top 10 investor in Myanmar while its national parliament unanimously named Myanmar’s persecution of Rohingya Muslims a genocide.

In collaboration with Korean Civil Society networks and FORSEA.co, the Free Rohingya Coalition will hold an international conference to campaign for the Asia-wide boycott of Myanmar at Sogang University in Seoul, Korea this coming August (23-25).

Photo: Rohingya refugee children cry and struggle in the crowd as they wait to receive food outside a distribution point of the Turkish aid organization TIKA at the Jamtoli refugee camp near Cox’s Bazar, Bangladesh, December 01, 2017. (Photo by Szymon Barylski/NurPhoto via Getty Images)